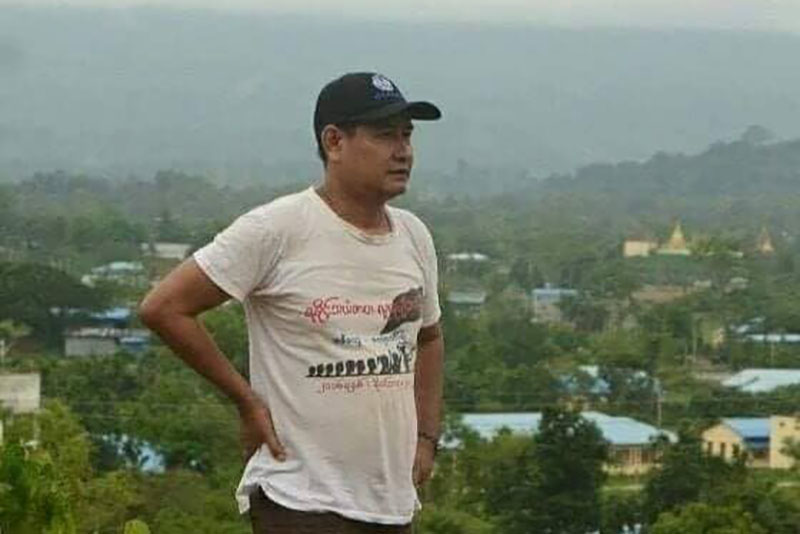 A 47-year-old man from Arakan State’s Taungup town was reportedly abducted by the Myanmar military at around 3 p.m. on Tuesday.

Ko Zeyar Kyaw was arrested by four junta soldiers in a civilian vehicle near U Ottama Park in Taungup, said a friend of the detainee.

“He [Ko Zeyar Kyaw] was taken for questioning by two security personnel in plainclothes and two junta soldiers in a civilian vehicle,” he told DMG.

Ko Sithu Kyaw Zan aka Ko Michael, the 46-year-old younger brother of Ko Zeyar Kyaw from Kanpaing Ward in Taungup, was detained by police on November 4.

“We are concerned for his [Ko Sithu Kyaw Zan’s] safety because he was not arrested at home and we don’t know exactly his whereabouts,” a relative said.

DMG was unable to obtain comment from regime spokesman Major-General Zaw Min Tun regarding the reported detention of the local Taungup men.

Ko Zeyar Kyaw is a former chairman of the Taungup Township Development Committee and continues to engage in social activities.

Taungup Township residents are on edge as a series of arrests and abductions have taken place over recent weeks, with both Myanmar’s military regime and the Arakan Army taking people into custody.

Since August, the two sides have been actively engaged in armed hostilities across multiple Arakan State townships and in neighbouring Paletwa Township, Chin State.