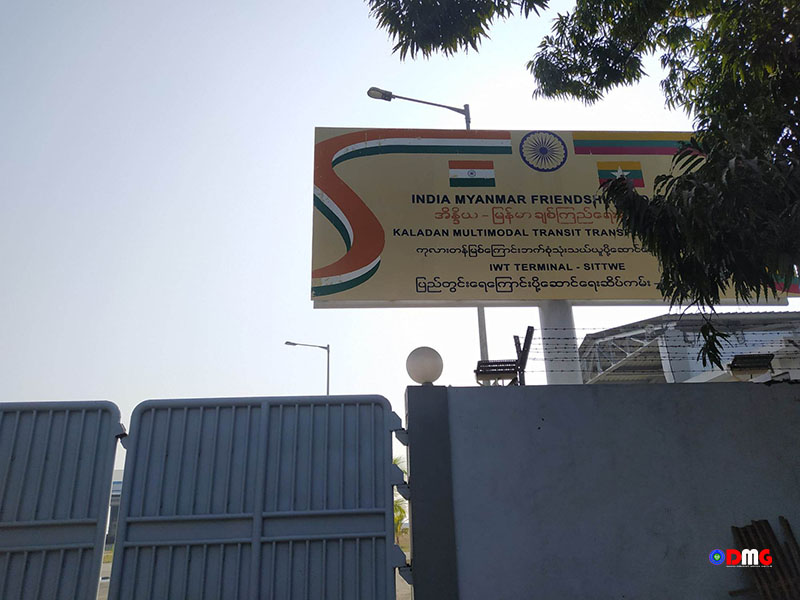 A coordination meeting on development projects in Arakan State, which are being carried out under a Memorandum of Understanding (MoU) between the governments of Myanmar and India, was held via video conference on November 18, with a proposed $25 million in financial assistance pledged by Delhi among the topics discussed.

The Indian government said it plans to provide US$25 million over five years at a rate of US$5 million per year for Arakan State’s development. Myanmar’s neighbour to the west has already built 250 homes in Arakan State for the first year of its statement commitment.

The junta mouthpiece Myanmar Alinn newspaper reported that 13 projects for the second year have also been approved, with the regime-led Ministry of Social Welfare, Relief and Resettlement identifying four stages of project implementation. Relevant departments are implementing them in an orderly manner, the newspaper added.

At present, regarding the submission of 17 proposals for third-year projects, the officials of the Embassy of India have reportedly met and discussed with various relevant departments, including the Ministry of Social Welfare, Relief and Resettlement.

During Friday’s coordination meeting, Jitendra Rawat, the first secretary of the Indian Embassy, said that since India is supporting the development of Arakan State, it is necessary to be transparent about the use of project funds in accordance with the rules.

Myanmar Alinn reported that the first secretary said he would like to include efficiency-enhancing projects in the planning, and that once detailed information about the proposed activities is received, he will immediately send the information on the Indian government.

“According to the five-year plan, if the needs of Arakan State are presented, the most beneficial and most needed of the people can be coordinated with the Ministry of Social Welfare, Relief and Resettlement and the Indian Embassy,” he explained.