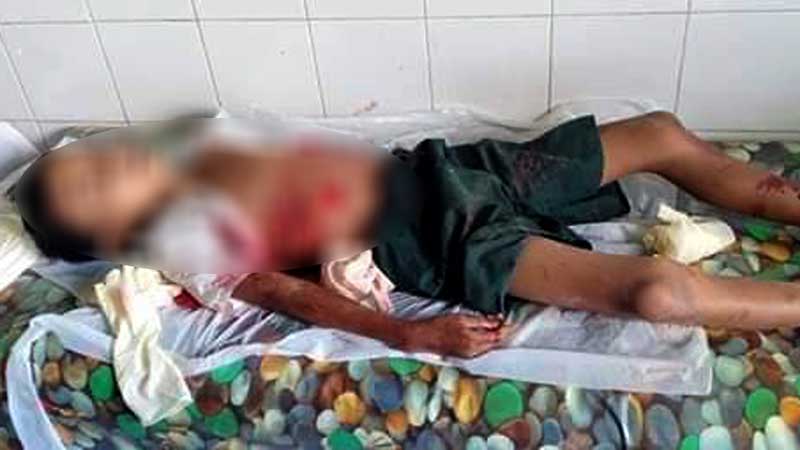 A grade-3 school boy has been allegedly killed by stray bullets in Kyauktaw Township, Arakan State at around 9 a.m. today, a family member of the victim told the DMG.

The nine-year old child identified as Maung Kyaw Min Myat wearing his school uniform was killed by gunfire near a small creek in Paik Thel Ward, Kyauktaw town while returning home from a class.

Family members of the victim accused the Tatmadaw troop that are stationed at a religious hall of opening fire at the innocent child.

The corpse of the victim has been sent to a public hospital in Kyauktaw for medical examination, she added.

“The Tatmadaw needs to refrain from shooting at civilians and students even if they (Tatmadaw troop) battle with the Arakan Army (AA), U Maung Maung, the Arakan State Lawmaker for Kyauktaw Constituency said.

No skirmish between the Tatmadaw and Arakan Army (AA) occurred in Paik Thel Ward, Kyauktaw Township, according to local people.

The DMG contacted Colonel Win Zaw Oo, Spokesperson of the Tatmadaw’s Western Command to ask about accusations of the family members of the victim but his mobile phone was off.

Some local residents said three civilians have been arrested by the Tatmadaw troop but the DMG couldn’t verify the report.