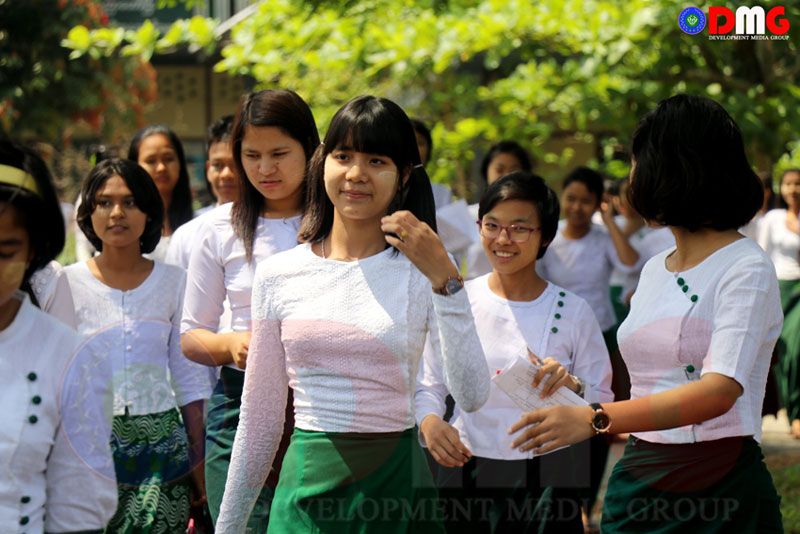 The matriculation exam pass rate will decrease this academic year in Arakan State due to clashes in the region, people from the educational sector predicted.

Students and teachers have lost their chance to receive an education because they have to flee to safety as the Tatmadaw and the Arakan Army (AA) continue fighting near villages.

“It is impossible to have education development in the region without peace and stability,” said U Tun Kyi Naing, principal of Taw Win Pan boarding school in Sittwe, capital of Arakan State.

U Thein Win, a teacher from Maha Panyar Kyaw private school in Sittwe said that the number of students to sit for the matriculation exam might be less this academic year due to hostilities in the region.

“Teachers and students from unstable areas lack of security so daily schooling has become erratic. So, all students who applied to sit matriculation exam might not sit for the exam this year,” U Thein Win said.

The education department needs to provide intensive course for students in IDP camps, people from the education sector said.

The number of IDP students in Arakan State has been more than 5000 so far and they were facing challenges, Amyotha Hluttaw MP U Khin Maung Latt said in the parliament in August.

The government said that there are more than 2000 students in refugee camps and it has provided help for them to get education access.

But the actual number of students in and outside of IDP camps are more than 25,000 according to community based organizations.