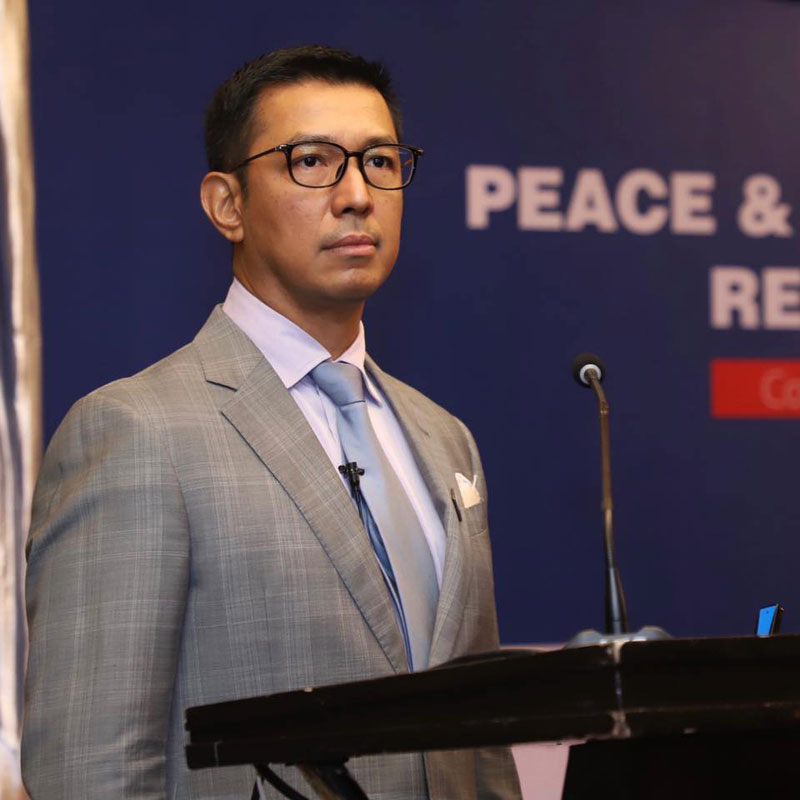 It has been almost two years of armed conflict between the Tatmadaw and the Arakan Army (AA) in Arakan State, resulting in more than 200,000 people displaced from their homes and hundreds of civilian casualties.

Earlier this year, the government designated the AA as a terrorist group and it has effectively shut the ethnic armed organisation out of ongoing peace negotiations at the national level. Meanwhile, clashes between the military and the AA have shown no sign of abating even amid the COVID-19 pandemic.

Against this backdrop, DMG journalist Khaing Roe La recently interviewed Dr. Min Zaw Oo, executive director of the Myanmar Institute for Peace and Security, about the conflict’s opposing sides, the impacts of war on the people of Arakan State, and prospects for peace.

Question: What kind of impact does the fighting between the Tatmadaw and the Arakan Army have on Myanmar’s peace process?

Answer: The clashes between the Tatmadaw and AA have an impact on the negotiations with the groups from the Northern Alliance, especially to get to a ceasefire and political talks, but it is difficult to say the exact extent of the impact.

The Federal Political Negotiation and Consultative Committee has opened a path for negotiations including all members; meanwhile, it is making bilateral talks. If its bilateral talks are stronger, the situation will be changed, but if it is not getting stronger, there will be some impact on the peacemaking process due to the clashes between the Tatmadaw and AA.

Q: What should we be doing to reduce civilian casualties due to the war?

A: The Nationwide Ceasefire Agreement mentions comprehensively the terms to protect the people. So, as long as we are implementing the NCA effectively, there will be protection of the people in places where there is a ceasefire.

Yet, it is difficult to implement it at places where the NCA and ceasefire are not effective. So it is necessary to try to reach a bilateral ceasefire agreement to lessen civilian casualties in such areas, because people will be affected so long as there are clashes.

Q: What should we do to reduce clashes between the Tatmadaw and armed groups?

A: Because they could not demarcate their territories, more clashes occur between the two sides. If there are more clashes, the rate of civilian casualties increases and there will be more difficulty building mutual trust as well.

So, both sides need to negotiate over their movements in areas where the other’s territory is demarcated so that they can reduce clashes. If there are clashes between them, mutual trust cannot be built between them.

Q: Would you say prospects for peace were set back by members of the Northern Alliance not participating in the 21st Century Panglong Conference [on August 19-21]?

Q: The government has declared the AA to be a terrorist group. Is there any obstacle to negotiations between the government and members of the Northern Alliance because of that situation?

A: As far as I know, the AA was not invited to the conference. However, there is no announcement that the government or the Tatmadaw will not negotiate with the AA. What I understand is that the AA has been declared a terrorist group. However, there will be negotiation with the AA.

Q: Why do you think not all groups have been able to participate in the peace process?

Q: What kind of approach has the Tatmadaw adopted on armed conflict in Arakan State?

A: I think the Tatmadaw currently adopts an approach to dealing with the problem for the long term rather than cracking down on the group in Arakan State in the short term.

So, clashes will continue in Arakan State. The most important point is to have an open channel  between the government and AA to reach a ceasefire agreement. At the moment, the government has not closed the door to negotiations, even though it has declared the AA as a terrorist group. So, if both sides reach an agreement, a path to peace in Arakan State will be laid.

Q: The AA aims to achieve self-administration like the Wa ethnic group. Is that a possibility?

A: The situation of the AA is not the same as the Wa. The government has never reached the headquarters of the United Wa State Army, Panghsang. The Wa have been settled there since the time of the Burma Communist Party. So, they built their own administrative mechanism in their region. But in Arakan State, the Tatmadaw has continuously ruled. So, there will be many difficulties to remove the Tatmadaw from Arakan State to have self-administration.

Q: What are your thoughts on the sufferings of IDPs in Arakan and Chin states?

A: If we talk about IDPs, the suffering extends to their next generations.

In northern Arakan State, children cannot go to school. So there will be challenges for their future. If the war continues for the next five years, they will be five years behind in schooling. Children who should be in Grade 10 will be Grade 5. If they do not pursue their education, they will be uneducated. If hundreds of thousands of children in Arakan State grow up without an education, there will be a lot of problems in their future.

So when we think about IDPs, we should not consider their day-to-day living only. We need to take their younger generations into consideration when talking about IDPs.

Q: Some contend that foreign interests are involved in the war in Arakan State. What do you think about that?

A: China reportedly provides help to the AA, but no one sees any evidence. An interesting point is that the Wa group, which is based in the border area with China, is the chair of the Federal Political Negotiation and Consultative Committee. The AA is also included in the committee. The AA is existing in the Kachin Independence Army [territory] and attending military training in Panghsang. The AA reportedly opened an office there. So, there is a likelihood of that happening. However, there is no evidence.

During the BCP [Burma Communist Party] times, China opened arms factories there. If we compare armed groups at the area border with China with the Karen National Union in the border area with Thailand, the latter did not own an arms factory. The KIA, Wa group and Kokang group existing in the border area with China have weapons factories. So, no one can deny that they can buy not only weapons but also materials to make weapons from China easily. China, however, has said they do not provide aid according to their policy. But the armed groups are found to be able to get weapons and related supplies easily on the ground.

Q: What do you think Arakanese people’s concerns are regarding the armed conflict?

A: What they think is, ‘We have been devalued because our state is underdeveloped, so we will fight for it.’ It looks like pouring acid on a cancerous wound. Anyway, it is natural that Arakanese people have a lot of dissatisfaction.

For example, Arakan State was a commercial hub under British rule. But it has since become one of the poorest states in Myanmar. So, Arakanese people have hard feelings about the underdevelopment of the state. If they want to remedy those feelings with armed conflict, such hurt feelings will increase as long as armed conflict exists.

Meanwhile, rice yields in Arakan State are decreasing; it means the state’s wealth is down. Nowadays, rich people in Sittwe relocate to Yangon; it means its investment forces leave the state. Additionally, local and foreign investment do not enter into promising businesses in the state, such as the fishing industry, because of the war. So the state loses revenue.

Also, children cannot go to school. The AA members who are involved in the war are from 15 to 35 years old. They cannot do other jobs apart from farm work.

When the age group that generates income for their family is at war, their family will face financial difficulty. Even if the war ends finally, there will be thousands of people with disabilities due to landmine blasts or bullets or shrapnel.

The armed conflict has left trauma among people. It is difficult to make their lives better after they have given up the armed struggle. So, the younger generation will feel hard feelings, and a generation could be in ruin.

In addition, the younger generations have not had the education they should have had by the time they reach the age to work. So, they will face difficulty to keep abreast of others at their workplaces. What I want to say is that Arakan State is in poverty, but the state will be beggared by the armed conflict. Its consequences are bigger. It affects the next generation.

Such a situation was seen in Kayin State. I am sad to see it in Arakan State now.