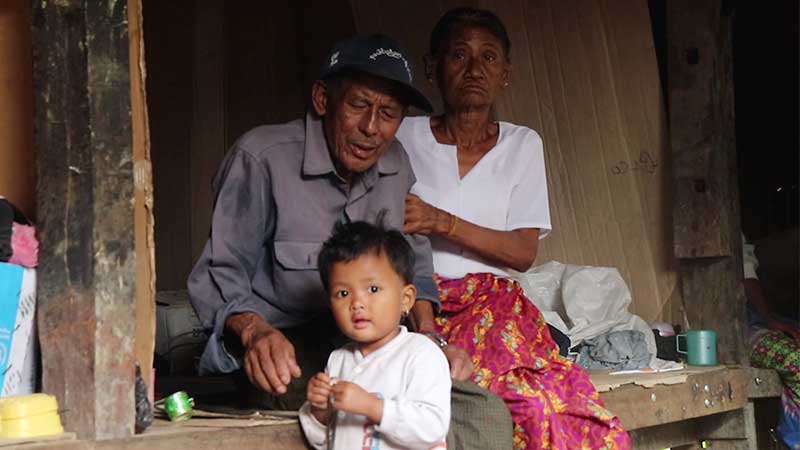 Among more than 700 internally displaced persons (IDPs) who fled their homes in four Arakan State townships and have been sheltering in Sittwe for nearly six months, many see little hope for a return anytime soon.

Daw Aye Hla Thein from Yay Soe Chaung village in Rathedaung Township told DMG that she and others from her village were afraid of returning home due to the artillery fire and clashes that continue to occur frequently near the village.

“The difficulty we are facing is that we are not sure of the region’s stability and our safety. We are worried that we would face new clashes or artillery again after we returned home,” she said.

Daw Ma Yin Sein, an IDP who fled from Kyauktan village in Rathedaung Township, said she wanted to return home but had lost everything she owned there.

“My house and all my possessions in our village were destroyed due to being hit by an artillery shell. If we return home, we do not have a place to live,” she said.

The number of IDPs in Arakan State has climbed to more than 100,000 due to clashes between the Tatmadaw and the Arakan Army, with those displaced by the fighting often struggling to meet basic needs such as food, shelter and healthcare.