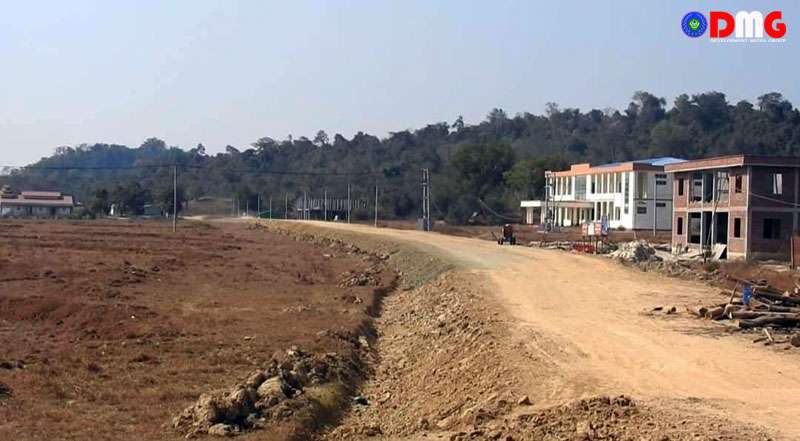 Farmers whose croplands were confiscated for a new town project in Ramree Township, Arakan State, are demanding that they be given substitute land immediately.

More than 60 acres of farmlands owned by 22 farmers were confiscated in the area set aside for the project. Implementation of the development began in 2017, but three years later, alternative land has not been made available to the farmers, said farmer Daw Khin Than Nwe.

“We gave up our land because we were told that we would have substitute land ... as compensation provided for the land lost,” she said.

U Maung Tun Thein, also a farmer, said he agreed to turn over his farmland based on a promise that he would get not only compensatory arable acreage out of the arrangement, but also a house.

“I don’t know if they had written about it in the contract. I want a house and farmland, as Minister U Kyaw Lwin told us,” he said, referring to the Arakan State Minister for Agriculture, Livestock, Forestry and Mining.

The government gave K2.5 million (US$1,667) for one acre of farmland if it was within the project area, farmers said.

Without land to cultivate, the farmers have lost their source of livelihood and are in financial peril as a result. They presented their plight to Arakan State Chief Minister U Nyi Pu and state parliament Speaker U San Kyaw Hla, but nothing has happened so far, farmers said.