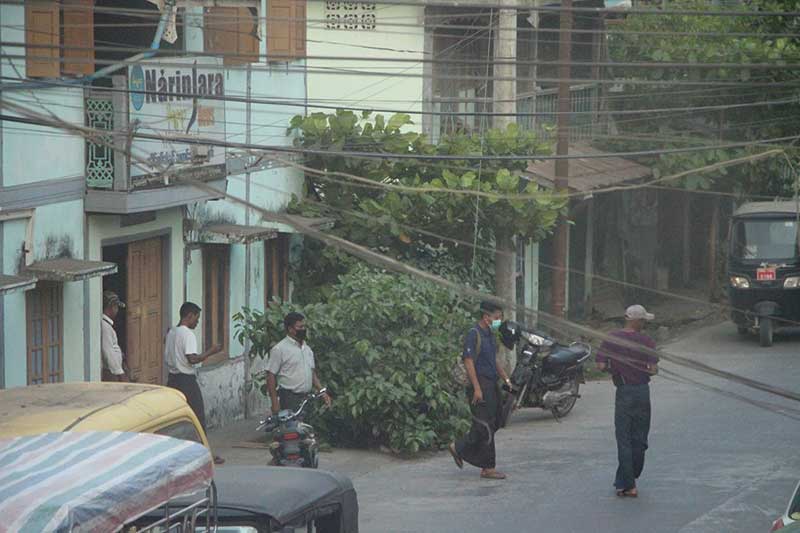 Police searched the Narinjara News Agency’s office in Sittwe on Tuesday evening and took three journalists in for questioning, according to the Arakan State-based media outlet.

“A team of 10 people including an administrator, the Criminal Investigation Department, Special Branch Police and local police searched the office for about 30 minutes. They asked questions of U Khaing Myat Kyaw [the Narinjara editor-in-chief] and other editors,” Ni Min Tun said.

Ni Min Tun said the reason the reporters were taken by police was not known but the newsroom raid came after DVB reported that the editor-in-chief of Narinjara had been charged under the Counter-Terrorism Law.

DVB said U Khaing Myat Kyaw was charged under section 50(a) and 52(a) of the Counter-Terrorism Law for publishing an interview conducted with the Arakan Army spokesperson Khaing Thukha.

DMG phoned the No. 1 police station in Sittwe to inquire about the case, but officials did not provide any information about it.

Ni Min Tun said it was not yet known where the reporters were taken for the interrogation.