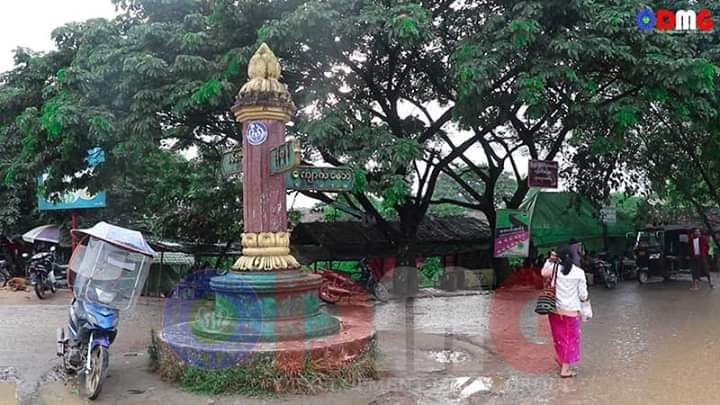 A 14-year-old boy who was among six civilians injured by gunfire in Arakan State’s Kyauktaw town succumbed to his wounds and was pronounced dead at Kyauktaw Hospital hours after the shooting on Thursday evening, according to a local resident.

Mg Zin Ko said the gunfire came from Tatmadaw troops at the Kyauktaw highway bus station, adding that he was shot while riding a motorcycle with two others in the vicinity who escaped the incident unharmed.

“We were doing construction works. We got yelled at from behind while we arrived near the Kyauktaw agriculture office. Then we were shot. I saw the soldiers from a group stationed there when I got into the ambulance. It was fired from the bus station,” he said.

Fourteen-year-old Maung Nay Phyo Tun reportedly died of a gunshot wound to the head at about midnight.

Pyithu Hluttaw lawmaker U Oo Tun Win, who represents Kyauktaw Township, urged local security officials to review the incident; just the latest example of civilians caught in the crossfire of conflict between the Tatmadaw and the Arakan Army in Arakan State.

“Kyauktaw town is crowded with internally displaced people for the time being. Armed conflicts near the town or residential areas can harm innocent civilians. So I would like to ask concerned authorities to prevent hostilities near towns or villages,” the MP said.

Mg Zin Ko was transferred from Kyauktaw Hospital to Sittwe General Hospital on Friday afternoon, according to volunteers who assisted the wounded.

The Office of the Commander-in-Chief has yet to issue any official statement regarding the shooting. DMG attempted to contact Brigadier-General Zaw Min Tun from the Tatmadaw True News Information Team and Colonel Win Zaw Oo, spokesperson for the military’s Western Command, but their mobile phones were turned off.

Eight civilians were killed and 13 were wounded by artillery shell strikes at the village of Kyauk Seik, in Arakan State’s Ponnagyun Township, on April 13.