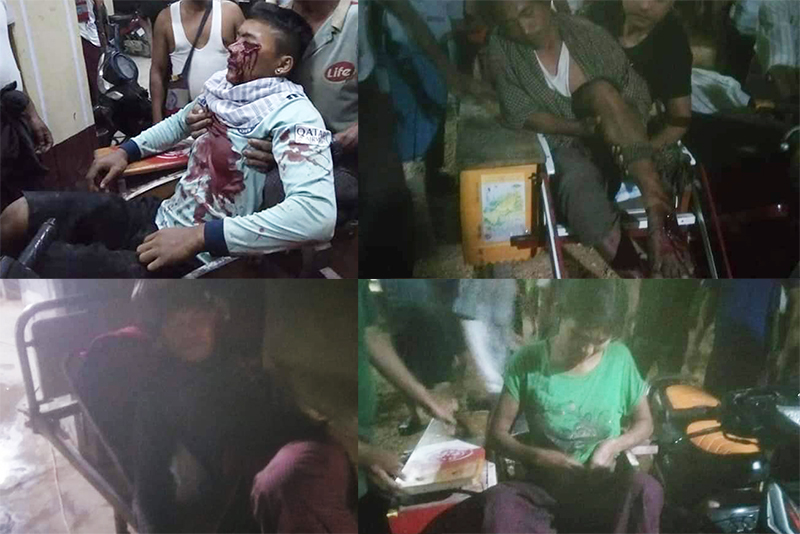 April proved to be another bloody month in Arakan State as at least 32 civilians were killed and 68 were injured, according to DMG’s on-the-ground reporting, with conflict between the Tatmadaw and the Arakan Army continuing to upend lives.

The casualties from April 1-30 resulted from stray — and sometimes targeted — small arms and heavy weapons fire, landmines and other combat-adjacent violence.

U Oo Tun Win, the Pyithu Hluttaw lawmaker for Kyauktaw Township, said that conflict-related killings of civilians were having major impacts on local communities.

“The public are struggling in their daily life with problems. Those deaths created unnecessary emotion and trauma. That doesn’t help to stop or reduce the war,” he said.

Civil society organisations, UN agencies and foreign governments have urged the warring parties to cease fighting in Arakan State and instead seek a political solution to their differences.

Analysts have said the government’s decision to declare the Arakan Army an unlawful association and terrorist group on March 23 further dimmed prospects for peace in the region.

There are currently more than 160,000 IDPs in Arakan State, many of whom are struggling to meet basic needs such as food, shelter and healthcare according to Rakhine Ethnics Congress (REC) report released on April 30.