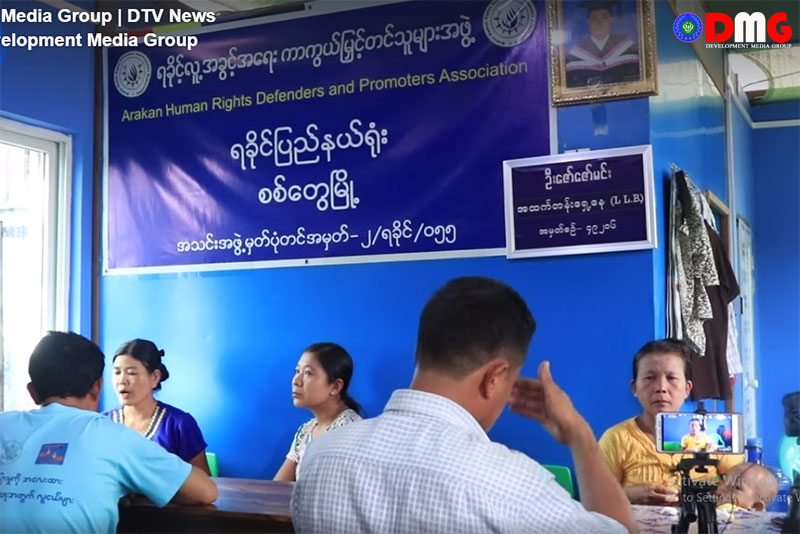 The families of several villagers in Arakan State’s Kyauktaw Township being detained by the Tatmadaw have called for the release of the 18 detainees — 10 from Tinmagyi village and eight from new Tinma village.

On March 16, the Tatmadaw’s 55th Light Infantry Division detained and interrogated more than 40 villagers, subsequently setting the elderly among them free.

The villagers said all the detainees were going about their business peacefully in the area prior to their detention.

It has been three months since the villagers were first detained. Their families are increasingly concerned about them as information about the detainees has been all but nonexistent.

“My husband was detained on March 16. It has been a few months since the arrest. I am very concerned as I don’t know whether my husband is still alive or not,” said Daw Khin Myint Win, the wife of detainee U Tun Maung Win.

Family members of the detainees say they are facing numerous challenges such as lost income due to the lengthy detentions, and making sure their children receive adequate healthcare and education.

Daw Poe May Oo, the wife of detainee U Maung Kyi Lin, said: “I face many difficulties. My family relies on my husband.”

The Arakan Human Rights Defenders and Promoters Association has sent a complaint letter to the Myanmar National Human Rights Commission (MNHRC) about the arrest of the Tinma villagers, but there has been no significant progress to date.

Director U Myat Tun from the Arakan Human Rights Defenders and Promoters Association said: “We want the commission to take effective action.”

In an interview with The Irrawaddy, Brig-Gen Zaw Min Tun from the Tatmadaw True News Information Team denied the arrest of the Tinma villagers.