Case filed against protester of internet shutdown in Ramree Twsp 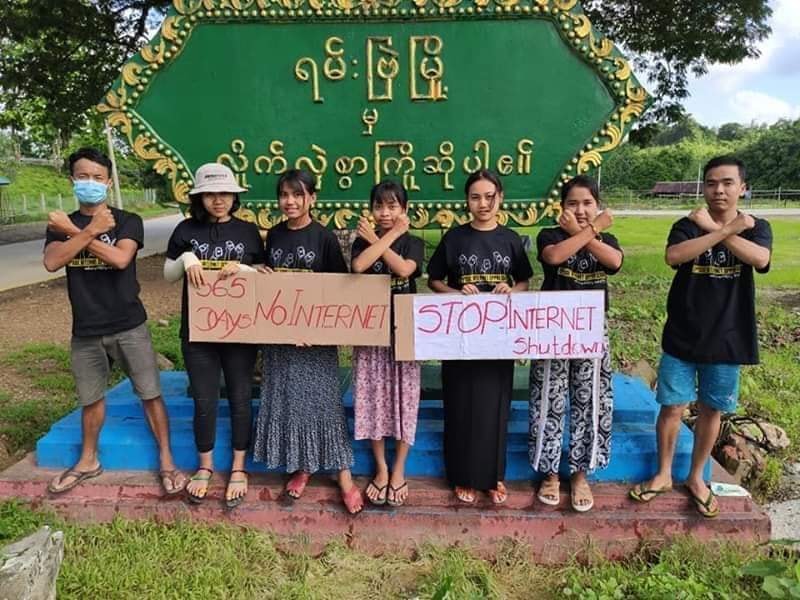 Police have filed a case against a leading member of the Ramree Township Youth Network who was among a group of activists over the weekend calling on the government to lift its long-running internet ban in Myanmar’s west, according to the network.

“A case was filed against him as he failed to submit the protest permit,” said U Tun Naing, director of the Ramree Township Youth Network, on June 22. “We are under police investigation.”

Several civil society organisations (CSOs), lawmakers and political parties demanded the lifting of the internet ban in Arakan and Chin states on June 21.

A total of 14 diplomatic missions in Myanmar also called for unimpeded internet access.

The shutdown has led to increased economic hardship and violations of human rights, as well as denying more than 1 million people timely access to information, opponents of the internet embargo contend.