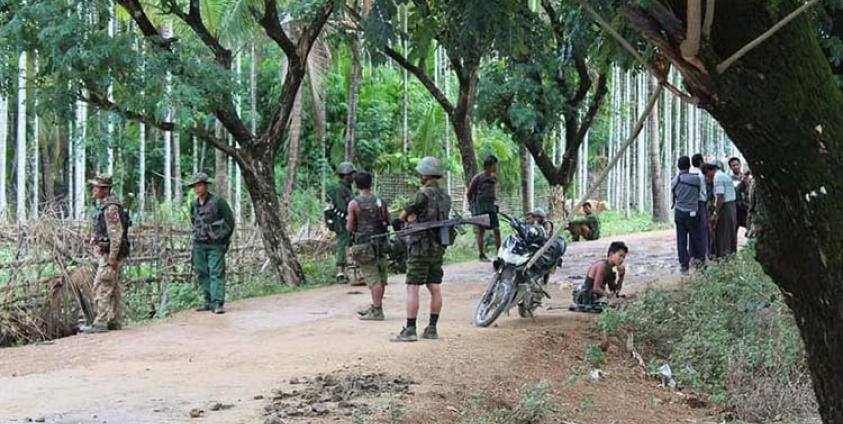 About 20 residents of Thayettapin village in Kyauktaw Township, Arakan State, were arrested by a military column at about 9 a.m. on September 23, according to locals.

The villagers have been detained within the compound of a rural healthcare centre, according to the residents.

“Security personnel from the military entered the village at about 7 a.m. and took all residents on sight. Some elderly people returning from farmlands were arrested. I don’t know exactly the intention behind detaining the villagers,” said a Buddhist monk who declined to be named.

Many residents fled to safer locations for fear of also being arrested by the Tatmadaw following the detention of the villagers on Wednesday morning, said Ko Win Kyaw, a resident of Thayettapin village.

“I am worried that the detainees will be tortured by the military. They are innocent. A majority of the detainees are farmers,” he added.

Security personnel are currently conducting security checks on vehicles and motorbikes along the Kyauktaw to Mrauk-U road, locals said.

DMG contacted U Myint Naing, the Upper House lawmaker for Kyauktaw Township, who said details of the arrests were not yet known.

The Tatmadaw True News Information Team had not released any announcement regarding the detention of Thayettapin villagers as of Wednesday afternoon.

A combined force of military and police personnel conducted checks on household certificates and guest lists in Thayettapin village in November 2019.