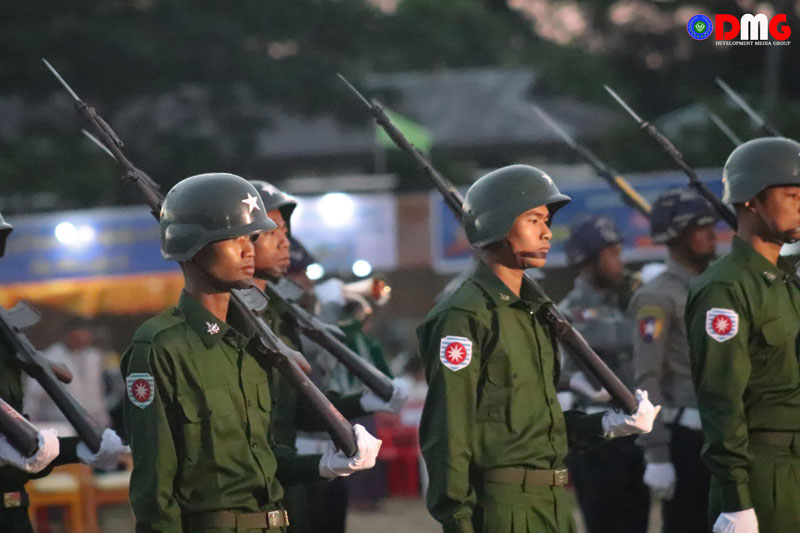 The Tatmadaw has announced that it will extend its unilateral ceasefire by another month, through October 31, but the military is holding steadfastly to a caveat that exempts “areas where terrorist groups declared by the government take positions.”

Citing previous motivations for the ceasefire including the COVID-19 pandemic, with Myanmar experiencing a surge in cases of the virus over the past six weeks, the Tatmadaw’s September 29 announcement largely mirrored a prior one-month extension promulgated on August 24.

On March 23, the Myanmar government declared the Arakan Army to be a terrorist group. With the ethnic armed group active in Arakan and southern Chin states, the Tatmadaw’s ceasefire is thus largely understood to have no applicability across large parts of conflict-torn western Myanmar. The unilateral ceasefire was first announced on May 9, to be enforced from May 10 to August 31.

U Tun Thar Sein, an Arakan State Hluttaw lawmaker for Mrauk-U Township, said the Tatmadaw should consider putting Arakan State under its ceasefire umbrella because the state has been particularly hard-hit by COVID-19 in the so-called “second wave” of infections.

Northern Arakan State has seen continued displacement of civilians due to conflict between the Tatmadaw and the Arakan Army over recent weeks, even as the region has been put on lockdown as a coronavirus preventive measure.

In Arakan State there were 1,516 COVID-19 cases, 698 patients discharged from hospitals and three dead through September 29, according to the Ministry of Health and Sports.