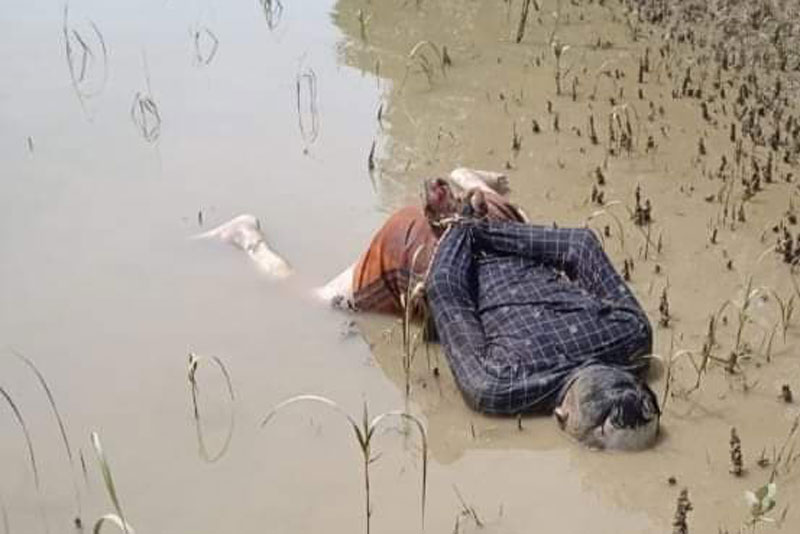 Anxieties are running high among locals in Ann Township, Arakan State, after two unidentified corpses with their hands bound were found along area waterways in recent days.

One of the bodies was discovered on the bank of Mrauk-U Creek, about 1 mile from Ohpone village in Ann Township, on September 27. The other was found near the mouth of Ann Creek the following day, according to locals.

Police have not been able to identify the deceased as there are no missing people reported in the villages surrounding where the bodies were found.

Ann Township police took possession of the corpse found on the Mrauk-U Creek bank, according to locals.

“Locals here use water routes. They have to earn their living by fishing. When the locals found the dead body, they felt afraid and so they buried the dead body,” he added.

DMG attempted to contact the Ann Township police for more details on the grisly recent discoveries, but no one at the station was available for comment.