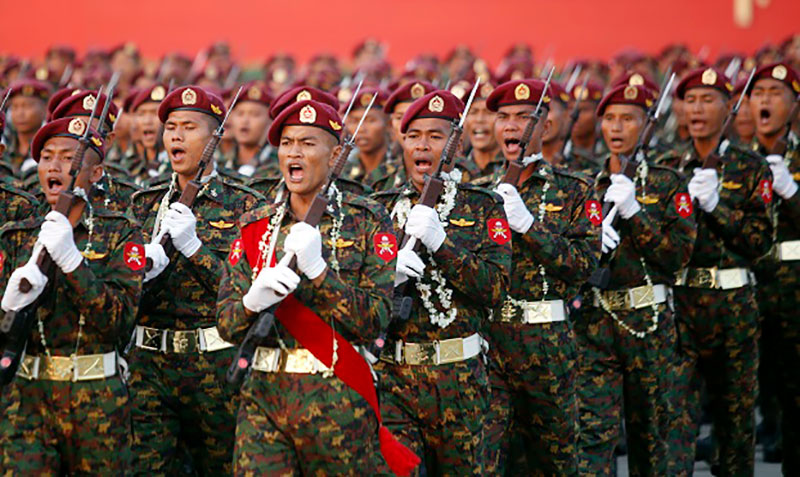 The move is part of plans to establish two new BGP battalions as the force contends with both the Arakan Rohingya Salvation Army (ARSA) and the Arakan Army (AA) in Arakan State, U Zaw Htay said during an online press conference on Saturday.

The government has declared both armed organisations to be terrorist groups.

The military officers being reassigned will hold the same rank in the border guard police force.

“The cabinet has given approval for the transfer. But the military has not informed the police force about it. The officers have been dispatched. ... They will get the same ranks in the border guard police force; for example, Lieutenant-Colonel will be Police Lieutenant-Colonel. They were transferred out of necessity,” U Zaw Htay said.

Border guard police outposts have often been targeted in the conflict between the military and the AA over the past two years in Arakan State.

In August, the AA said it detained six security personnel from a border guard police unit and a Tatmadaw infantry regiment during a clash near Kyaukpandu village in Maungdaw Township.