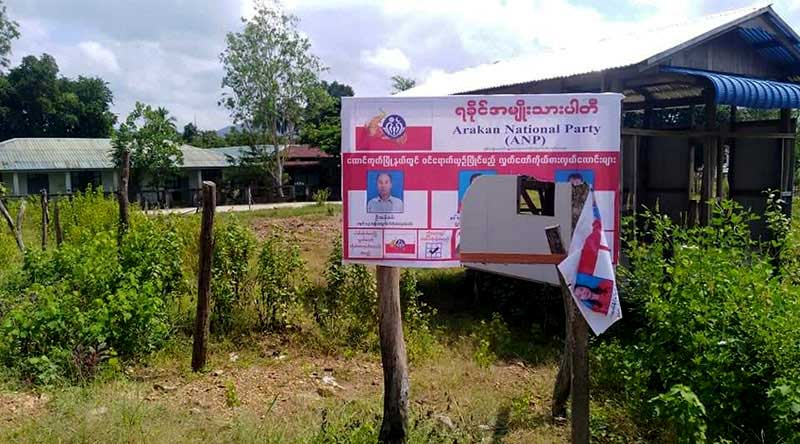 Eight election signboards erected by the Arakan National Party (ANP) across Arakan State were destroyed over the first 40 days of the general election’s official campaign period, according to the ANP election campaign committee.

The ANP signboards were destroyed in Taungup, Ann, Ramree and Sittwe townships since campaigning kicked off on September 8.

“We do not intend to take any action against those who wreak havoc on the streets not as a form of deliberate opposition. However, action will be taken if any political party or organisation destroyed our campaign signboards,” said U Kyaw Win Chay, an information officer for the ANP.

Arrangements are being made to file a case concerning the destruction of an ANP election signboard in Taungup Township, he added.

“People with a high level of political literacy would not commit such destructive acts. I think we need to compete politically if we want a flourishing political culture. Every citizen has the right to choose who he does not like without resorting to destroying campaign signboards,” he added.

At least 15 campaign signboards for the ruling National League for Democracy (NLD) were destroyed in the Arakan State townships of Taungup, Myebon, Manaung, Sittwe and Buthidaung.

The 2020 general election is slated for November 8.