One of seven Kyaukphyu Twsp men detained by Tatmadaw released 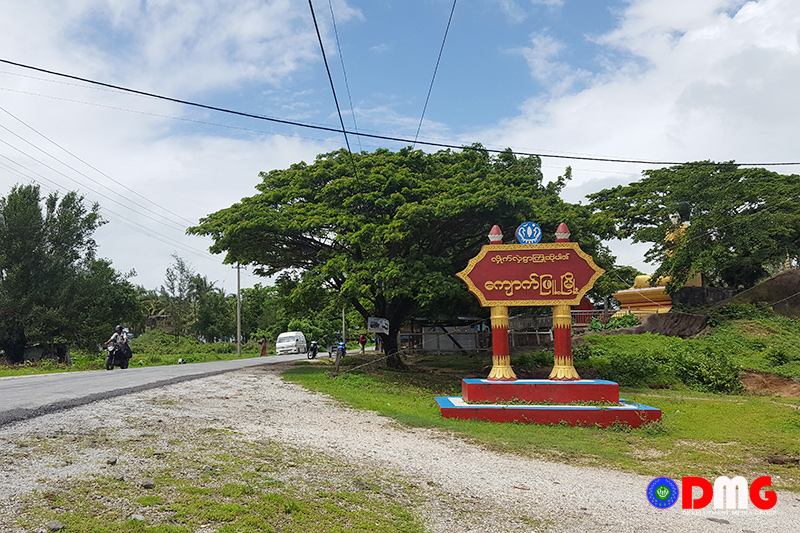 One out of seven locals from Simaw village in Kyaukphyu Township, Arakan State, who were detained by Tatmadaw troops over the weekend has been released, according to fellow villagers.

A military contingent entered Simaw village on November 1 and arrested the seven men on suspicion of having ties to the Arakan Army, said their family members.

“Residents fled their homes when the military troops entered the village,” said Ko Maung Lu Chay Gyi, the elder brother of detainee Ko Maung Aung Tin Tun. “They [the military] arrested my younger brother and I don’t know where he is being detained. We are worried about the safety of the detainees because we haven’t had any contact with them.”

The detainees are being held at the Danyawady naval base in Kyaukphyu town, said U Maung Khin Than, who was released.

U Maung Khin Than added that his son Ko Wai Tar Aung remains in military custody.

“I met the soldiers near the monastery and was arrested when I was going to see a newborn calf. ... I arrived at Danyawady naval base at around 7 p.m. on November 1. My son was arrested after I was released. And I was told not to tell people that they [the Tatmadaw] had arrested me,” he said.

Ko Wai Tar Aung was once previously arrested by the Tatmadaw and was released, according to his father, who demanded his release once again.

Among the detainees, U Maung Tun Kyi, Ko Wai Tin Aung and U Hla Maung earn their living by farming while Maung Myint Aung is a first-year university student.

DMG contacted Maj-Gen Zaw Min Tun of the Tatmadaw True News Information Team for comment on the arrest of the villagers, but he could not be reached.

The Tatmadaw arrested 12 locals from Myaukbet village and two residents of Anaukbet village in Dar Let Chaung village-tract, Ann Township, on October 20, releasing them on October 31 after more than 10 days of interrogation.

According to data compiled by DMG, from June to October, a total of 105 people were arrested on suspicion of having illegal ties to the Arakan Army, while 117 people were injured in the ethnic armed group’s conflict with the Tatmadaw, and the civilian death toll rose by 43.

Some arrestees are still missing with little to no information as to their whereabouts or status since being detained.

Meanwhile, the number of internally displaced people (IDPs) in Arakan State has climbed to 236,229 due to ongoing clashes between the Tatmadaw and the Arakan Army over the past two years, the Rakhine Ethnics Congress (REC) said on November 2.