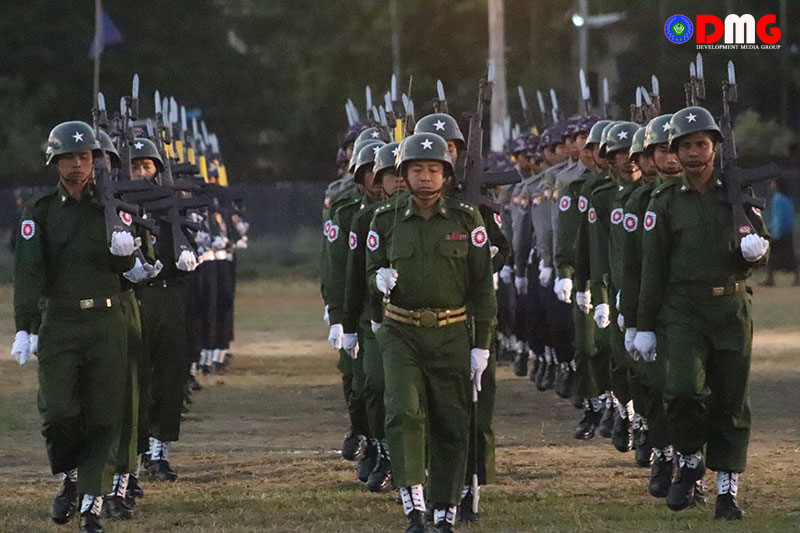 A new committee led by senior military officers has been set up to hold peace talks with Myanmar’s ethnic armed groups, according to a statement issued by the Tatmadaw on November 9.

The committee was formed with the aim of furthering the country’s peace process, the Office of the Commander-in-Chief of Defence Services said in the statement, adding that the committee would engage with both signatories to the Nationwide Ceasefire Agreement (NCA) and non-signatory ethnic armed groups.

Some lawmakers in Arakan State welcomed the formation of the new committee, but noted that the conflict dynamics between the military and the Arakan Army — the former having designated the latter a terrorist group — had not changed, and remained a stumbling block to achieving the committee’s stated aims.

“I would like to think that the Tatmadaw and the ethnic armed groups formed the committee to discuss separately if necessary, not via the NCA channel. But because the AA is considered a terrorist group, the current committee will not be able to achieve good results in the discussions without the AA,” said U Pe Than, the Lower House MP for Myebon Township.

The ruling National League for Democracy (NLD) views favourably the formation of a separate committee headed by military generals, said Dr. Myo Nyunt, a party spokesman, despite the government-led National Reconciliation and Peace Centre having been established in 2016 with similar purposes vis-a-vis ethnic armed groups.

“We are optimistic about the creation of a peace talks committee,” the NLD spokesman added. “The statement said that it wants to accelerate the peace process after the general election was successfully held in the country. Therefore, a separate committee has been formed to discuss the peace process. We believe that the appointment of Lieutenant-General Yar Pyae to lead the committee will speed up the peace process.”

The Tatmadaw’s new five-member committee is headed up by Lt-Gen Yar Pyae, and includes four other lieutenant-generals.

A civil society leader in conflict-plagued Arakan State said any new peacemaking committee would benefit from a grassroots approach to dialogue.

“When the Tatmadaw talks about the peace process, it needs to build peace on the ground and try to win the trust of the Arakanese people,” said U Khaing Kaung San, director of the Wan Lark Rural Development Foundation.

The number of internally displaced people (IDPs) in Arakan State has surpassed 236,000 due to ongoing hostilities between the military and the Arakan Army over the past two years.

With Myanmar’s 2020 general election in the books, a renewed focus on the peace process is likely in the months ahead; due to the COVID-19 pandemic and the November 8 election, the NCA-based talks were temporarily paused following a fourth Union Peace Conference – 21st Century Panglong summit in August.