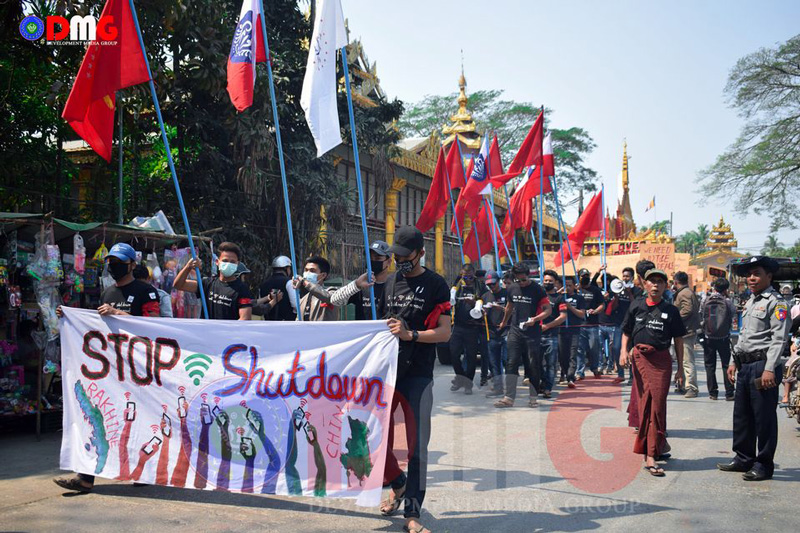 “We are very sorry that some basic human rights are denied due to security concerns. It will be possible to resume the services if and when security improves,” said Dr. Myo Nyunt.

As the situation has become relatively stable on the ground in Arakan State, the presumed incoming NLD government should act “with farsightedness,” said Lower House lawmaker U Oo Tun Win of Kyauktaw Township.

“There is not much difference between the internet ban and 2G internet access. If the government really represents the people and has genuine will to promote citizens’ rights and human rights, it should provide full 4G internet service, which contributes a lot to press freedom and information flow. It should have never imposed an internet blackout. As an incoming government, [the NLD] should act with farsightedness,” said the MP.

Ko Bekkar, who is helping internally displaced people (IDPs) in Rathedaung Township, said he would continue to call on the NLD government to lift the internet restrictions.

“We have continuously called on the Daw Aung San Suu Kyi-led government for full internet access. As it will continue to hold the office for the next five years, I would like to call on it again,” he said.

The limitations of 2G internet service effectively prevent local residents from accessing educational messages and real-time information issued by the Ministry of Health and Sports about the coronavirus, said the Buddhist monk.

“I want the incoming government to address this. It has the responsibility. There are a lot of difficulties in containing COVID-19 due to a lack of information. Some don’t even know the symptoms of COVID-19,” he said.

Not only local residents but also government departments have reported problems with administrative functions in Arakan State due to the restricted internet.