IDP camps in downtown Buthidaung in need of food supplies 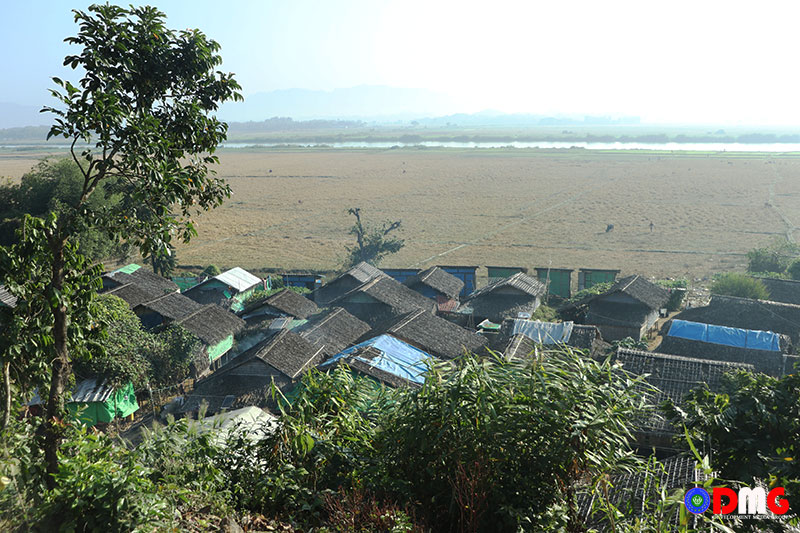 Some camps for internally displaced people (IDPs) in downtown Buthidaung, Arakan State, are currently facing food shortages due to lack of donations from well-wishers, according to IDP camp officials.

“We have been sheltering at this IDP camp for over a year. There was a battle near our village and people fled because of shelling in the village. Before the epidemic, we used to go out and work, but now we cannot work. With fewer donors, we have difficulty finding food,” said Ko Maung Khin Nyunt, a displaced person from Kuntaung village who is currently taking shelter at an IDP camp at Myataung Monastery.

“The IDPs are facing many difficulties and are in urgent need of blankets and clothes in the winter,” said U Ardeiksa, a Buddhist monk from Gandaryi philanthropic centre.

“In our IDP camp, IDPs have difficulty finding food and shelter. This is the summer, so it is convenient for IDPs for their livelihood by cutting firewood. However, the living conditions were not good, and the houses were almost destroyed,” said U Eindarwuntha, a Buddhist monk and in-charge of an IDP camp in Yanaungmyay Monastery.

The number of IDPs in Arakan State remains north of 180,000 due to clashes between the Tatmadaw and the Arakan Army over the past two years, according to data released by the Rakhine Ethnics Congress (REC) on January 12.