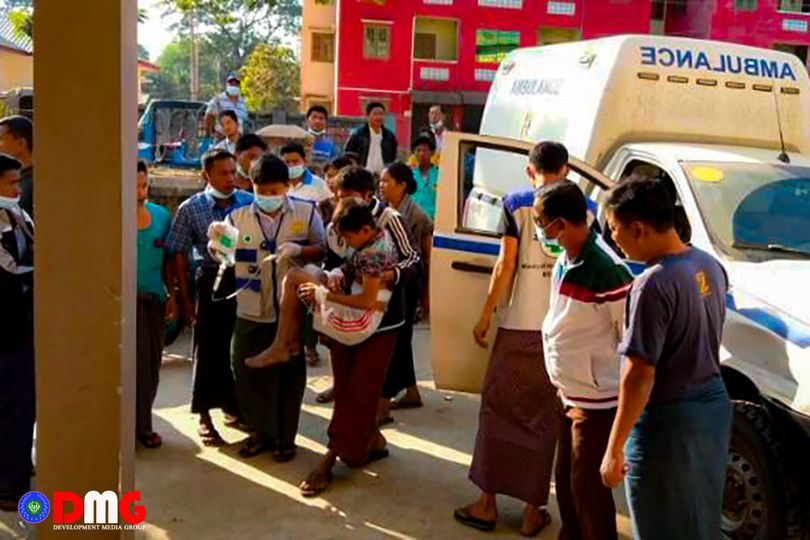 One teenager was killed and two others were seriously injured in an explosion on Thursday in Pyin Shae village some 3 miles from Buthidaung town, Arakan State, according to local residents.

The three children found an unexploded shell while pasturing cows northeast of the village, and an explosion occurred as they pounded the shell, said Pyin Shae villager Ko Maung Tun Hlaing.

“I heard that they found an unexploded shell while pasturing cows. They hit the shell against a tree, and the shell exploded. A child was killed on the spot, and two others were seriously wounded and rushed to Buthidaung Hospital,” he said.

All three boys are 15 years old: Maung Shwe Thein was killed, and Maung Win Tun and Maung Than Aye were injured. Pyin Shae village has a population of about 1,000 people. When fighting took place near the village, many chose not to flee and remained at the village.

There were 64 child victims last year, a significant increase from 17 in 2019.

About three months have elapsed since clashes ceased in Arakan State, and some internally displaced people (IDPs) have started to return to their homes, but many remain at displacement camps due to the risk of landmines and other concerns.

The previous Arakan State Parliament approved a proposal last month urging authorities to clear landmines for the safety and security of returning IDPs.

Currently, over 180,000 IDPs remain at camps, according to the Rakhine Ethnics Congress (REC).

“We have seen our fellow villagers were killed or injured by mines while going to the forest. We have to rely on the forests for our livelihoods. So only after mines are removed and safety is guaranteed, we will return home,” said U La Pyae Aung, who is sheltering at Tin Nyo IDP camp in Mrauk-U Township.