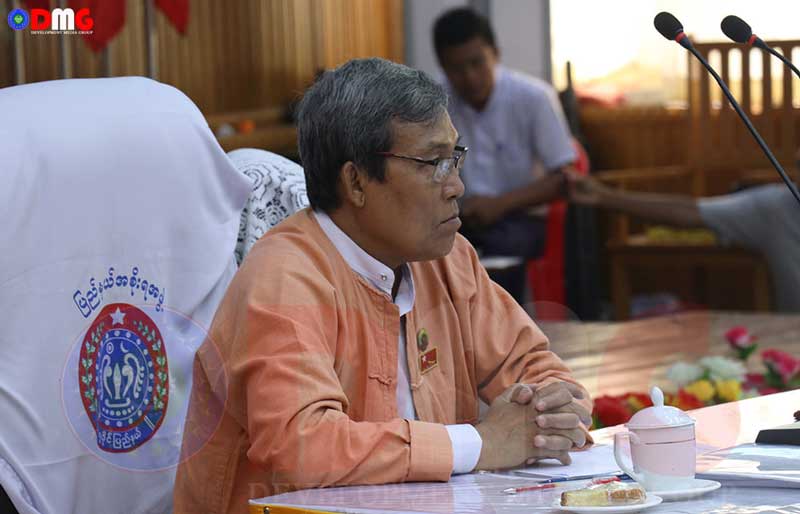 Former Arakan State Chief Minister U Nyi Pu and several election sub-commission officials from townships in the state have been detained by the Tatmadaw for more than a week, according to their families.

Ma Kyi Kyi Oo, the daughter of U Nyi Pu, said she was worried for her father because she has not known his whereabouts since he was arrested on February 10.

“I am worried about his health. He took some medicine. I need to send him more medicine. But I did not get contact with him,” she said.

Additionally, the chairs and secretaries of election sub-commissions in Kyaukphyu and Thandwe districts as well as Kyaukphyu, Ramree, Ann, Gwa, Manaung and Taungup townships are still being detained, their family members said.

They were arrested on February 10 and 11.

“They are detained at an officer guesthouse in the military compound. They have not been interrogated so far,” said Ma Aye Aye Naing, the niece of U Tin Tun, chair of the Kyaukphyu District election sub-commission. “I did not meet them, but I can give the things my uncle needs.”

Ma Aye Aye Naing was able to talk to U Tin Tun via the phone of a military officer, but she did not know when he would be released, she said.

U Sein Lwin aka U Ba Lwin, chair of the Manaung Township election sub-commission, was arrested on February 10, according to U Aung Myint Thu, the election official’s grandson.

“My grandfather is not in good health,” he said. “We get contact with him and send food to him. However, the family of the [sub-commission] secretary has not had contact since he was arrested.”

On February 17, the Assistance Association for Political Prisoners said nationwide more than 460 people had been arrested and charged or sentenced by the State Administration Council, the governing body formed by the military following its February 1 coup.