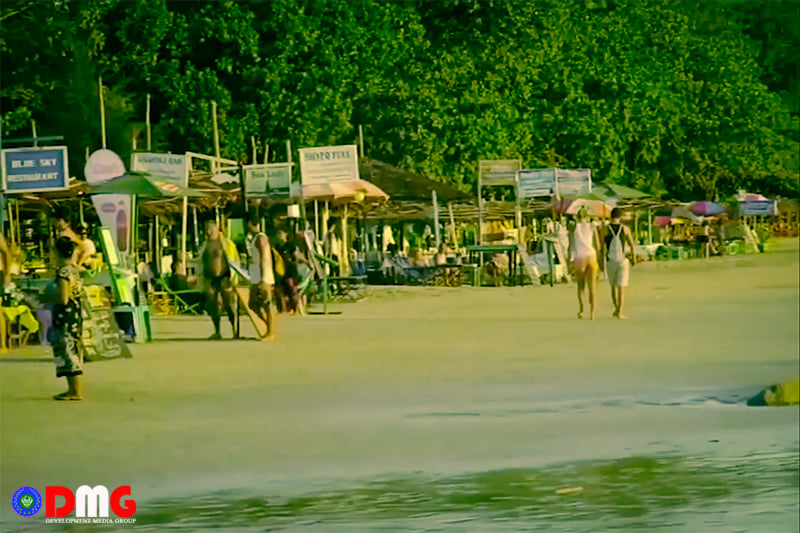 Out of 68 hotels, motels and guesthouses in Arakan State’s Thandwe District that closed due to the COVID-19 pandemic, only 18 have been able to resume operations to date, according to the district’s Directorate of Hotels and Tourism.

In line with guidelines from the Ministry of Health and Sports, the directorate has allowed four hotels and 14 motels and guesthouses to resume operations in Thandwe and at Ngapali Beach, major tourist draws in southern Arakan State.

Those 18 hotels, motels and guesthouses that were allowed to resume operations did so in August and December of last year. However, they are barely receiving visitors due to COVID-19 travel restrictions and the country’s ongoing political crisis, according to U Khin Maung Tun, the owner of Royal Linthar Hotel in Ngapali.

“When the region was stable, the entire hotel’s rooms were full at this time of the year. But there are no visitors now. But still we have to pay partial salaries to employees. We have to borrow from lenders to pay employees. Far from making profits, we are even making a loss. Some hoteliers have permanently shut down their businesses,” he told DMG.

According to the Arakan State Directorate of Hotels and Tourism, 40 out of 98 hotels and guesthouses in the state had been allowed to resume operations as of January 20, in Sittwe, Mrauk-U, Kyaukphyu and Thandwe townships.

Due to instability and the effects of the pandemic, domestic and international travellers to Arakan State have dropped by nearly 25% last year compared with 2019, according to figures from the state’s Directorate of Hotels and Tourism.

As tourism has declined, local residents dependent on the industry have struggled to make ends meet.