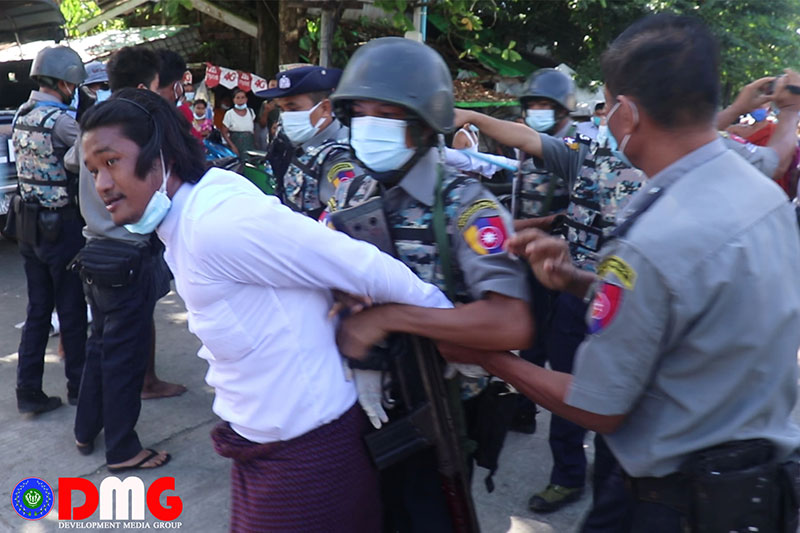 Four students who have been charged with incitement for their involvement in an anti-war protest last year in the Arakan State capital appeared before the Sittwe Township Court for the first time on Friday.

A lawsuit was filed against the four students under Section 505(b) of the Penal Code, as well as Section 29 of the Natural Disaster Management Law, according to a lawyer representing the accused.

“Case management procedures against the four students including Kyaw Naing Htay were done during the court hearing. The four students face Section 505(b) of the Penal Code plus the Natural Disaster Management Law,” said the lawyer, U Kyaw Nyunt Maung.

Police in Sittwe arrested the four students on the day of the offending protest, October 19.

Section 505(b) of the Penal Code criminalises statements “likely to cause fear or alarm to the public, or to any section of the public, whereby any person may be induced to commit an offence against the State or against the public tranquility.” It carries with it a maximum sentence of two years in prison.

“We [the Arakan Students’ Union] will continue to do our work as usual. We will fight against either a democratic dictator or a military dictator,” said Ko Toe Toe Aung, chairman of the Sittwe University Students’ Union.

The four students’ next hearing is scheduled for March 14.