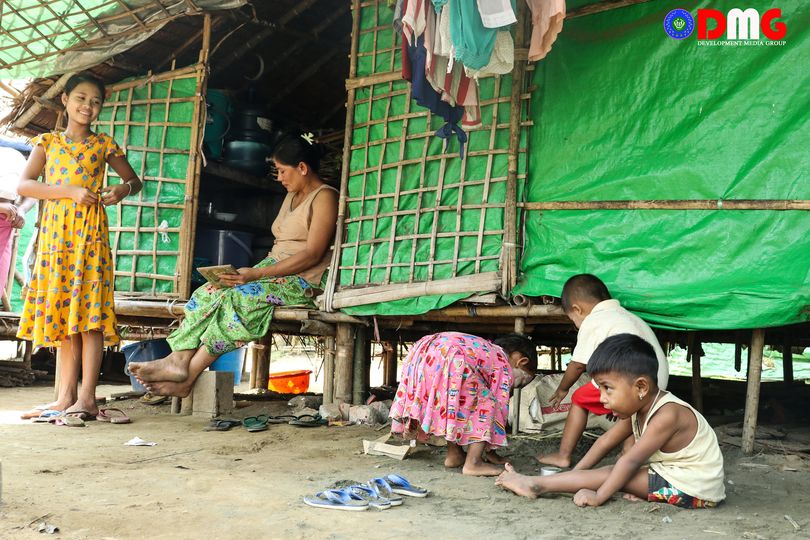 Many internally displaced people (IDPs) in Arakan State are not ready to return to their villages, according to Arakan Army spokesperson Khaing Thukha.

There has been no fighting between the Tatmadaw and the Arakan Army in Arakan State for more than four months, and tens of thousands of IDPs have returned to their homes, but estimates put the number of IDPs still living in camps at over 138,000.

At present, security assurances and rehabilitation are needed if the IDPs are to return to their communities, Khaing Thukha told DMG.

“We must take security and rehabilitation for the IDPs into consideration if they return home for the time being. I think the IDPs are currently not ready to return to their villages,” the AA spokesman added.

More than 660 out of some 870 houses at the Tin Nyo IDP camp in Mrauk-U Township were destroyed by fire on March 17. Officials from the Arakan State Administration Council have since visited those affected by the blaze, with the chairman of the military-led council and the head of the Tatmadaw’s Western Command urging the IDPs to return to their homes.

But the Tin Nyo IDPs have decided not to return home because they are not ready to be self-sufficient in terms of food, shelter and jobs in their home villages, U Soe Naing, the camp’s in-charge of th, told DMG.

Elsewhere, when DMG visited IDPs in Myebon, Kyauktaw and Minbya townships, those displaced said they would not return to their homes due to the presence of Tatmadaw encampments near the villages and the danger of landmines in the surrounding forests and hill country.

Over 230,000 people were forced from their homes during two years of Tatmadaw-AA conflict, which began in late 2018.

The Tatmadaw has claimed to have undertaken demining efforts in multiple Arakan State townships, but fears of the dangers of landmines and explosive remnants of war (ERW) persist.