Only 32 of 70 journalists detained post-coup have been released: media network 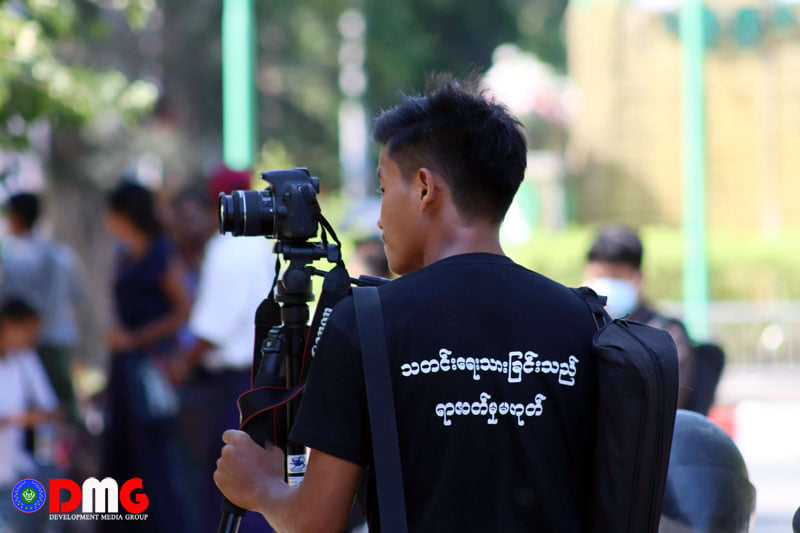 As of April 19, a total of 70 journalists have been arrested since Myanmar’s military staged a coup on February 1, with only 32 of them released from detention so far, Burma News International (BNI) said on Friday.

“Previously, journalists were arrested during their work. Subsequently, some were arrested at home or the office. I think it is an attempt to threaten the media, to stop their work,” said one journalist, U Myint Kyaw. “We cannot accept it. It directly breaches the rights and freedoms of the media.”

Two foreign journalists were among those arrested: a Japanese freelancer and a Polish reporter for DPA news agency. Both were later released, but the Japanese national Yuki Kitazumi was arrested for a second time on April 18.

U Naing Min Wai, secretary of the Myanmar Journalist Network, said members of the media should not be arrested, particularly at a time of fast-moving news cycles and abundant misinformation.

“The information flow needs to be faster in a situation like now. So, the role of professional journalists is more important while both sides are propagandising,” he said.

“People can believe information that comes from professional journalists. Arrests of journalists and closure of news outlets can cause more spread of fake or misleading news.”

More than half of the detained journalists are from Yangon Region and Kachin State, at 26 and 12 respectively, BNI said.

The remainder of arrests cover a broad geographic range, including Kyaikto and Mawlamyine in Mon State; Hopong and Taunggyi in Shan State; Hakha in Chin State; Monywa in Sagaing Region; Pathein in Ayeyarwady Region; Pyay in Bago Region; Meiktila in Mandalay Region; Myeik in Tanintharyi Region; and Minbu in Magway Region; as well as in Nay Pyi Taw.

A reporter currently in hiding said the situation for media professionals is increasingly risky, and access to information has become difficult.

“So many reporters were arrested after the military seized power. We must say there is no News Media Law, according to the current situation,” the journalist said.

Some reporters have resigned out of fear of being arrested or charged like dozens of their peers.