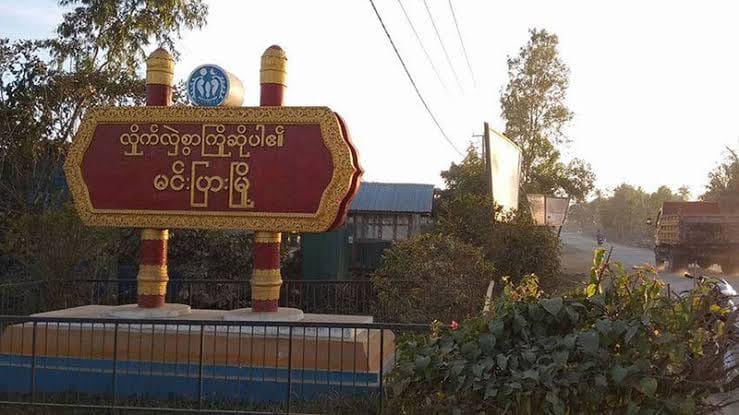 Oxygen is urgently needed in Arakan State’s Minbya Township, according to the township Covid-19 monitoring group.

At present, there is not a reliable means of providing or filling oxygen cylinders for virus patients in Minbya, so eight oxygen concentrators are being used in lieu, said U Oo Kyaw Htay, an official with the township Covid-19 monitoring group.

“It is very worrying that viral patients die even if they do not have oxygen. Oxygen is a major aid, even if it is not a cure. If a patient is deprived of oxygen, he or she may die in a short period of time,” he said.

Oxygen produced by an oxygen plant in Mrauk-U was being used in Minbya and other Arakan State townships, but due to an increasing number of patients using oxygen at Mrauk-U Hospital, distribution from the plant was temporarily suspended on July 27.

In Arakan State as with much of Myanmar, there is a growing number of patients who have been diagnosed with the virus and an unknown number — also believed to be growing — of individuals who are being treated secretly at home.

“Prevention is more effective than cure, so locals need to wear a mask. Those who do not follow the rules need to be dealt with effectively by the relevant authorities,” he said.

With regard to oxygen shortages in Minbya, U Tha Khin Cho, a member of the township military council, said the township is expected to receive five oxygen tanks from Sittwe and 30 from Bago Region.

“We asked for help from Kyein Yeik Garunar, a community-based charity group helping to supply oxygen in the town, to bring five oxygen tanks from Sittwe. We will also receive 30 oxygen tanks from Bago Region,” he told DMG.

Thirteen people diagnosed with Covid-19 were receiving hospital treatment in Minbya Township as of July 28, with five deaths attributed to the virus since the third wave began.