Vaccination a priority in six townships under its control: Arakan Army 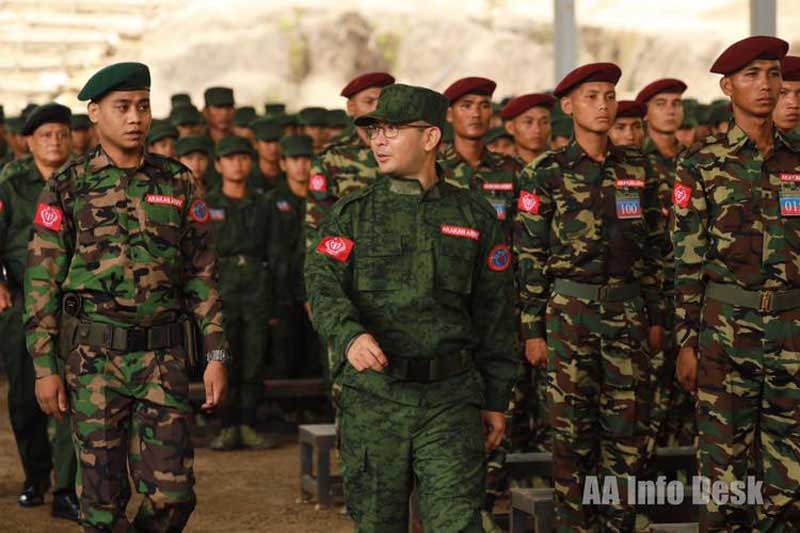 Covid-19 vaccines to be delivered by Myanmar’s military regime will be provided for the people as a matter of priority, a spokesperson for the United League of Arakan/Arakan Army (ULA/AA) told DMG on September 21.

“We have considered giving priority to the people to inoculate against Covid-19 rather than inject our members. We have planned to vaccinate the people in the townships we control with our own plan,” he said.

“We currently target to provide the vaccine in six townships. It depends on the quota of doses we will receive. So, we cannot say the plan exactly,” he added.

The ULA/AA has urged people to get the vaccine when the opportunity presents itself.

Dr. Soe Win Paing, assistant director of the Department of Public Health in Arakan State, told DMG that more doses of the Chinese-made vaccine Sinopharm would arrive in the state on September 21.

U Hla Thein, chairperson of the Arakan State Administration Council (ASAC) information team, told media outlets on September 20 that members of the AA are included in the ethnic armed organisations to be given vaccine priority with the batch of doses due to arrive on Tuesday.

More than 110,000 people in Arakan State have been injected with the Covid-19 vaccine since January, the state’s Public Health Department has said.