BNI calls for immediate release of at least 47 detained journalists 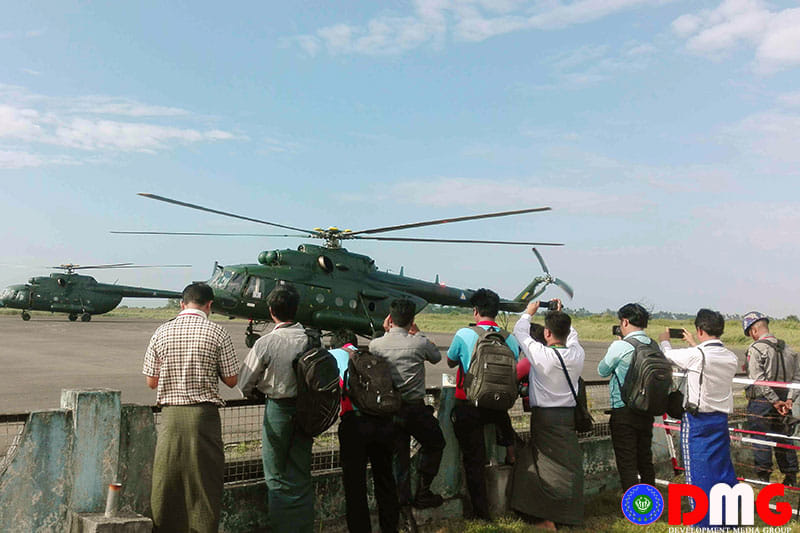 Burma News International (BNI), an alliance of independent Myanmar media organisations that includes DMG, on September 28 called for the immediate release of 47 detained journalists after more than 100 journalists have been detained in the seven months since the military coup on February 1, 2021.

The Myanmar junta has released 53 journalists so far and 47 journalists are still held in detention.

BNI has called for the release of detained journalists across the country, an end to the detention of journalists in prisons and interrogation centres, and an end to harassment of journalists under various criminal charges. BNI also called for news outlets whose licences have been revoked to be allowed to resume production and to respect the right to freedom of expression and information.

BNI condemned the Myanmar regime’s unjustified arrests of journalists, which it said seriously undermines media freedom and the security of journalists in Myanmar.

The Myanmar junta carried out a series of arrests of journalists in August and September of this year, BNI noted.

U Myint Kyaw, a former member of the Myanmar Press Council, said the arrests were a matter of grave concern for press freedom and journalists in Myanmar.

Journalists have not yet been arrested in Arakan State since the coup, but access to information has declined.

For example, the chairman of the Arakan State Administration Council’s Information Committee has said that the local government will take action if the media uses the term “military council”.

A recent internet blockade f 25 townships in Kachin and Chin states, and Sagaing, Magway and Mandalay regions in August and September of this year is a deliberate violation of the people’s right to information and freedom of expression in those areas, BNI’s statement said.