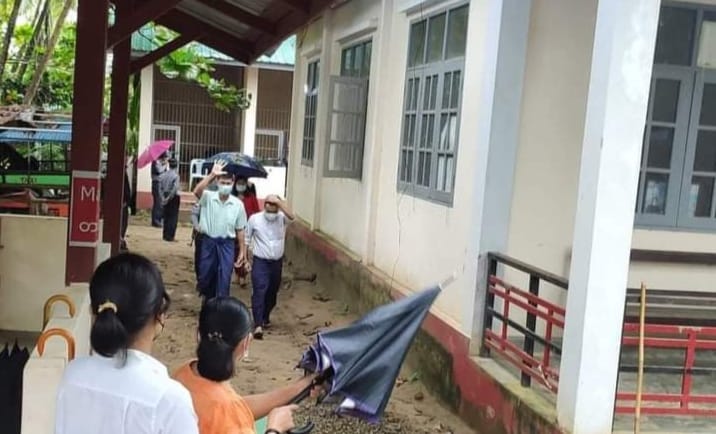 A court in Gwa Township, Arakan State, sentenced three men to prison on September 27 for staging an anti-coup protest earlier this year.

The three men were identified as U Ye Khaung, U Lu Ni and Ko Aung Soe Moe, and the trio were arrested on February 11 for protesting against the military coup of February 1.

The three men were jailed but had no appeal prospects, according to Ko Mrat Pein Soe, the son of U Lu Ni. “We have no plan to appeal for them. They have been taken to Thandwe Prison,” he said.
Former National League for Democracy (NLD) lawmaker U Min Aung and fellow party member Ko Thant Zin Phyo were sentenced to two years and two months in prison by a Taungup Township court on September 17 for protesting against the military coup.