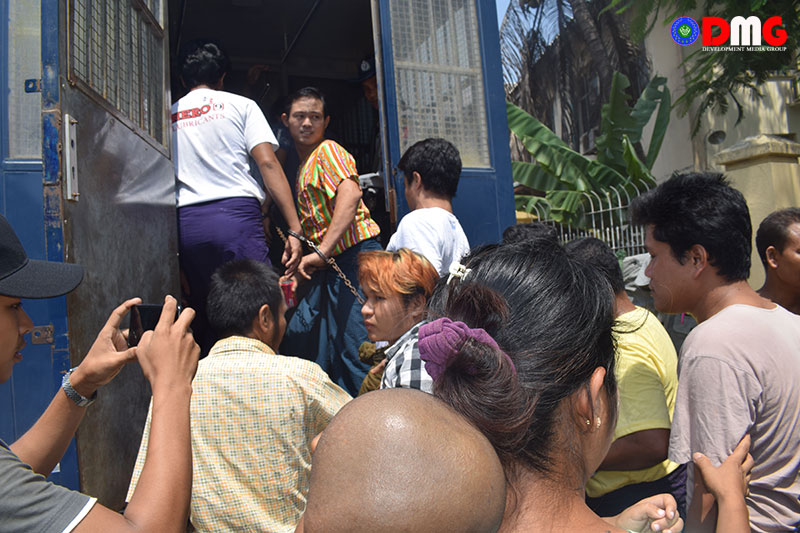 The Arakan State military council says it will release 36 more people who have been charged under the Counter-Terrorism Law in Arakan State when it receives permission from Myanmar’s Anti-Terrorism Central Committee.

The list of the 36 accused reached the Arakan State regime council last week and now awaits instruction from the Anti-Terrorism Central Committee, said U Hla Thein, spokesperson for the state’s regime council.

“The charges on them can be revoked when the letter from the Central Committee is received,” he told journalists in Sittwe on October 8.

More than 200 people were arrested and charged under the Counter-Terrorism Law after being accused of illegally associating with the Arakan Army (AA) during some two years of fighting between the ethnic armed group and the military in Arakan State, according to data from the Thazin Legal Institute.

On March 11 of this year, Myanmar’s junta announced that it was revoking the designation of the AA as a terrorist group.

Still, more than 160 people arrested and charged under the Counter-Terrorism Law for alleged AA links have yet to be released, according to Arakan State civil society organisations.

For more than two years, 22 people from Lekka village in Mrauk-U Township have been facing trial from behind bars on terrorism charges. Families of the villagers have demanded that their trial be brought to a conclusion as quickly as possible.

“I am facing difficulties with livelihoods and other inconveniences because my husband has been arrested and is facing trial,” said Daw Soe Moe, the wife of detained Lekka villager U San Maung.