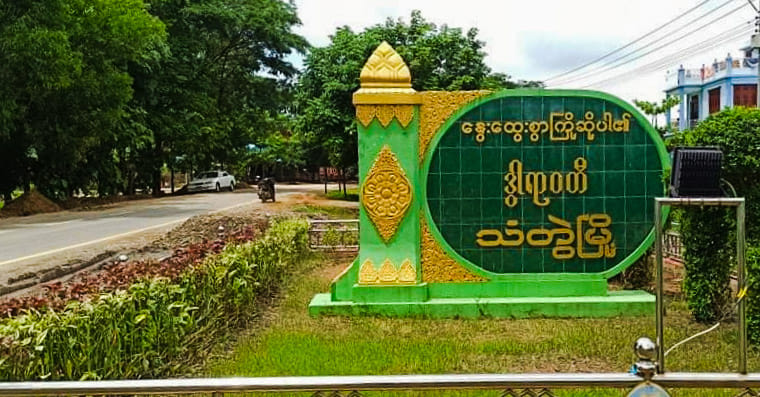 A 17-year-old girl, one of three females in Arakan State’s Thandwe Township who were arrested early this month and accused of providing financial support to the anti-junta People’s Defence Force (PDF), was released on November 19, according to the township police.

The Grade 10 student, Ma Theint Aye Chan, was released after it was determined that she should not be tried for any offence in relation to the case, which will continue to move forward against the other two women. Ma Theint Aye Chan’s aunt, however, was named as an additional defendant in the case instead, an officer from the Thandwe Township police station said.

“The KPay account was opened in the name of the student but the phone owner is her aunt. A lawsuit has been opened now against her [the aunt, identified as Daw San Cho Thaik] under Section 50(j) of the Counter-Terrorism Law,” the police officer said.

The owner of the phone was arrested because the handset seized by police was found to have transferred money to the PDF, the police officer added.

Ma Nyien Ei Phyu Kyaw, Ma Tin Sandar Win and Daw San Cho Thaik are being held in custody at the No. 55 Infantry Regiment in Ngapali town, said sources close to the military.

DMG attempts to seek comment from family members of the detainees regarding their alleged financial support for the PDF were unsuccessful.

Meanwhile, Ko Sein Chit and Ko Ye Naing Oo, who have been charged under Section 52(a) of the Counter-Terrorism Law after being arrested on suspicion of PDF affiliations, appeared before the Thandwe Township Court for an initial hearing on November 22.

At least six people have been detained on suspicion of having ties to the PDF in Arakan State; five from Thandwe Township and the other from Mrauk-U Township.