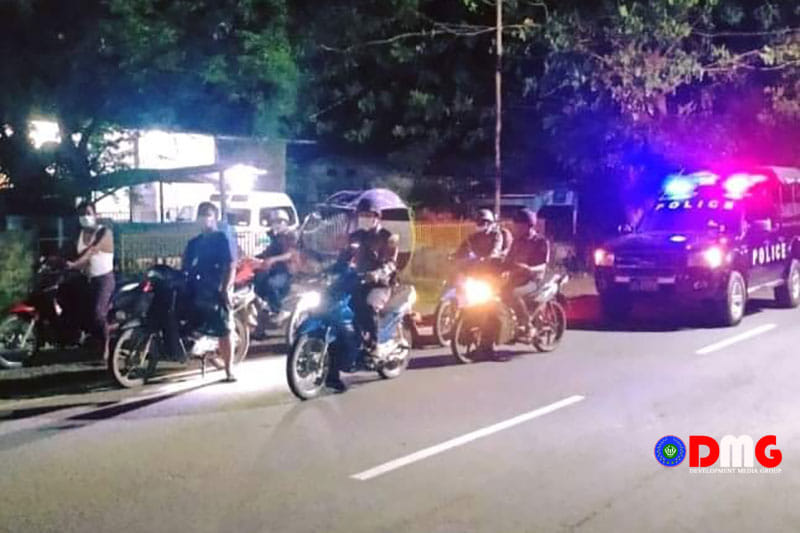 An ongoing curfew order under Section 144 of the code of criminal procedure, imposed in Ann Township, Arakan State, has been extended for another two months from January 2, according to locals.

Incidents that have affected the peace and stability of the community, and peace and the rule of law in Arakan State, have resulted in casualties among the military, police and civilians, as well as damage to state property.

As a result, a curfew order under Section 144 was promulgated as similar incidents could occur if the people were allowed to travel freely at night.

A nighttime curfew has been in place since April 2019, when the Myanmar military and the Arakan Army clashed in townships in Arakan State, but the order was subsequently lifted in all townships except Ann Township.

It has been three years since people in Ann Township were ordered not to leave their homes from 9 p.m. to 5 a.m.

The curfew order should be lifted as peace and stability in Arakan State has been restored for a long time, said Ko Myo Lwin, a social activist in Ann Township.

“The curfew order is no longer needed as there has been peace and stability in Arakan State for a long time. Locals in Ann Township face many difficulties due to the curfew order. Trucks and passenger buses are not allowed to enter or leave Ann after 9 p.m. I think the order should be lifted,” he added.

There have been no clashes between the Myanmar military and Arakan Army in Arakan State for about one year, however, as the two sides have reached an informal ceasefire arrangement.

A local resident in Ann, who spoke on condition of anonymity, said people were disturbed when they were questioned by security personnel if they left their homes after 9 p.m.

“People who left their home at night were questioned by soldiers at security checkpoints. It also makes us feel insecure and threatened. I think this order should be lifted,” the unnamed source told DMG.

People in Gwa Township were not allowed to leave their homes unnecessarily between 10 p.m. and 5 a.m. on December 15, 2021. Residents say the curfew order is inconvenient for people who want to work at odd hours.

A curfew has been in place since December 17, 2020, to curb the spread of Covid-19 in Arakan State, but the order has now been lifted across most of the state.