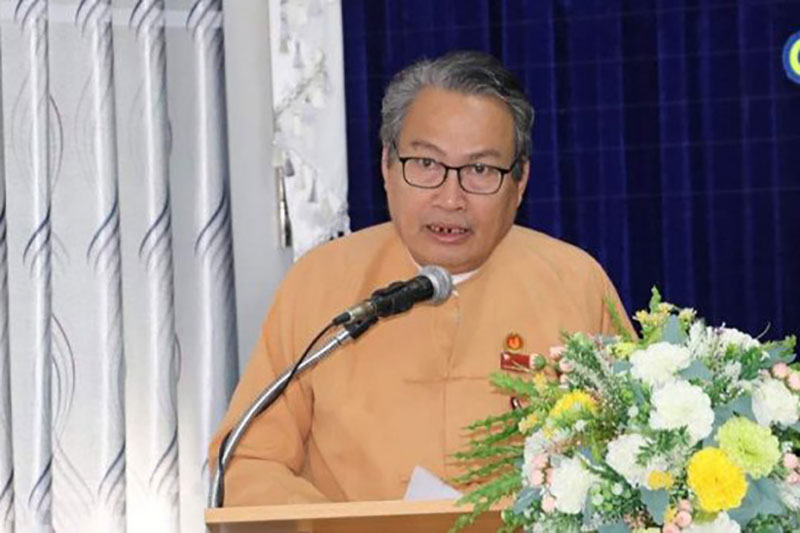 A special court inside Mon State’s Kyaikmaraw Prison has sentenced the ousted Mon State chief minister, Dr. Aye Zan, to 21 years in prison on nine charges under the Anti-Corruption Law, according to sources close to the court.

The junta charged Dr. Aye Zan with nine counts of corruption in September 2021 for allegedly abusing his authority and extorting money from businessmen during his tenure as head of the civilian National League for Democracy (NLD) government in Mon State.

The prison court sentenced Dr. Aye Zan on May 16, according to a lawyer with knowledge of the case proceedings.

“The ousted chief minister of Mon State, Dr. Aye Zan, was sentenced to 21 years in prison on nine charges under Section 55 of the Anti-Corruption Law,” said the lawyer, who asked for anonymity.

Dr. Aye Zan would not appeal the sentence, the unnamed lawyer added.

The deposed Mon State chief minister was sentenced to two years in prison in December 2021 under Section 505(b) of the Penal Code, an incitement provision, and with Monday’s verdict is now due to serve a total of 23 years in prison.

“The ousted chief minister is in good health in prison. Sometimes the former chief minister has a slight dizziness, but he is still facing three charges,” the source said.

Dr. Aye Zan was arrested and charged by the regime after the military seized power on February 1, 2021.