A Khami New Year event was observed on Wednesday at the Town Hall in Arakan State’s Mrauk-U, where the number of people in attendance was reportedly low due to ongoing concerns about the regional security environment and travel barriers.

U Lay Kyaw Aung, chairman of the Khami Ethnic Literature and Culture, said the Khami New Year event, the sixth of its kind, was a smaller version of past celebrations.

Organisers had to seek approval from the Arakan State Security and Border Affairs minister to hold this year’s Khami New Year Festival, but no officials from the Ministry of Ethnic Affairs attended the event, he added.

The 1st Waxing of Nadaw in the Myanmar calendar was designated for the Khami New Year Festival in 2011, but the event was first celebrated in 2017. 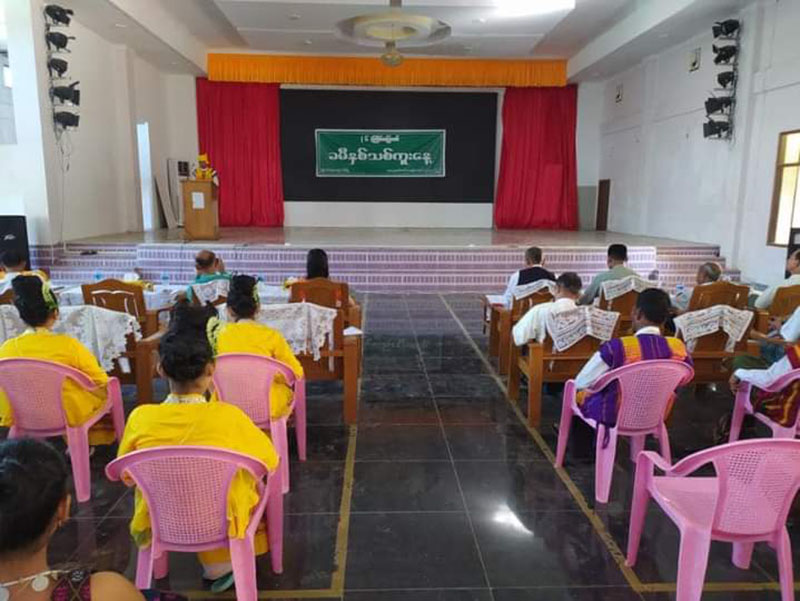 The fifth Khami New Year event was observed last year at Khaymar Mandaing Monastery in Sittwe, with more than 200 people in attendance.

“The purpose of holding the Khami New Year Festival is that the Khami people live in the mountains and are mainly engaged in agriculture. After harvesting the paddy over Nadaw, the Khami people celebrate the new year by having picnics,” U Lay Kyaw Aung explained.

Literary talks about Khami history, traditional dance performances and the serving of traditional foods were part of this year’s event.

“Although the ceremony was scale-backed, I could tell that the organisers put a lot of effort into perfecting it, and it was really heartening to see their unity and exposure to tradition,” said Daw Khin Than, chairperson of the Mrauk-U Cultural Heritage Conservation Association.

There are more than 80,000 ethnic Khami people living in Arakan State townships including Sittwe, Mrauk-U, Kyauktaw, Ponnagyun, Rathedaung, Pauktaw, Minbya and Ann, where they primarily engage in agriculture.