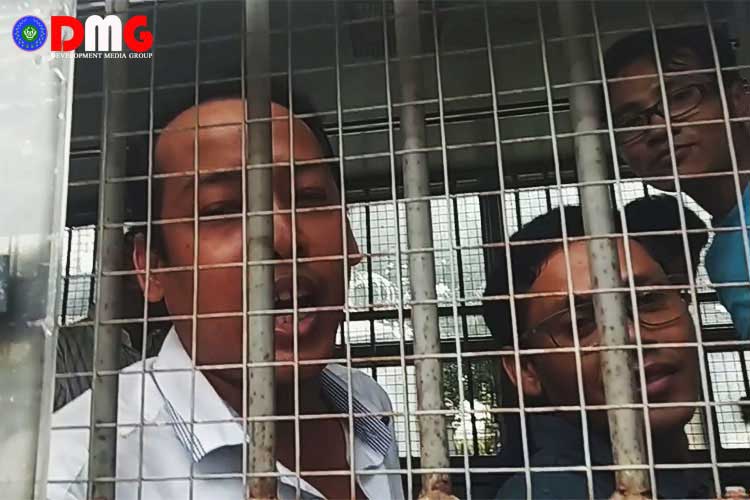 Arakanese youths who have been charged under the Anti-Terrorism Law appeared at Western District Court in Yangon on 6 September for the third time.

During the trial, the arrest warrant for Ko Soe Myint, one of the fugitives was submitted to the court and Police Sub-Inspector Win Kyaw Moe, prosecution witness was questioned, according to the lawyers.

Ko Than Tun Naing, one of the fugitives is still at large and his arrest warrant was confirmed during the previous trial on 29 August.

The court set trial date of 23 September for Arakanese youths who have been charged under the Anti-Terrorism Law. The Arakanese deportees from Arakan Association (Singapore) were arrested in July after being accused of associating with the Arakan Army (AA) and funding terrorism.