Families do not know whereabouts of monk and two people 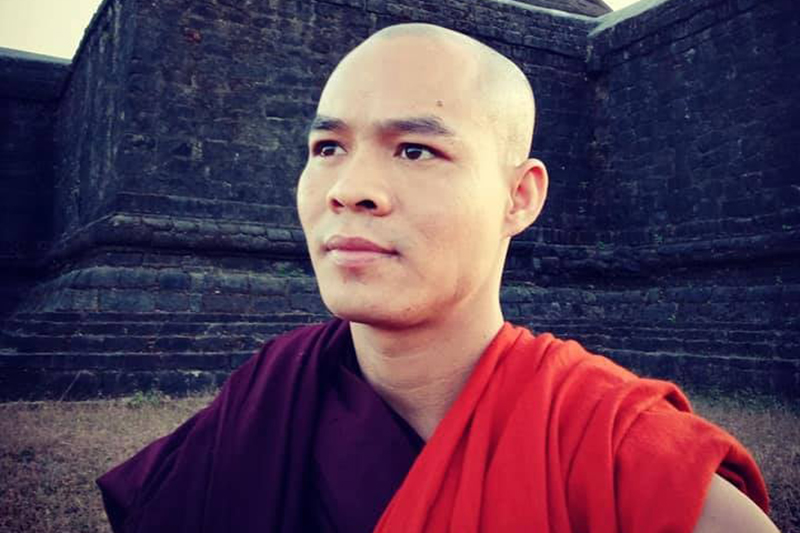 Families are concerned for detained family members because they are not allowed to meet with them even though the Tatmadaw arrested them for over a month.

A military troop apprehended Abbot Bhaddanta U Kawidaza from Ohe Htein village, Mrauk-U Township, the village administrator U Wai Soe Tun and motorist U Maung Tha Sein on 20 September. They were arrested on the way near Mt.Linn Mway, Mrauk-U Township.

“We have not been given any information about them, we worry that they may have been killed. We want to know what happened to them and where they are now so we can meet with them,” said Ma San Nwe, younger sister of the abbot.

Brig-Gen Zaw Min Tun said at a press conference on 28 September that the Tatmadaw has been interrogating three people including a monk and one of the people was a member of the Arakan Army (AA).

“There was a clash near Mt. Linn Mway. Then, we saw two motorbikes there. Accessories related to explosive devices were also found near the motorbikes. Soon, the monk and two people arrived and looked these accessories. So, they were taken for questioning. One of them was discovered to be a member of the AA according to the interrogation,” Brig-Gen Zaw Min Tun said.

The DMG phoned the AA’s spokesperson Khaing Thukha to seek comment for the situation but no one replied.

U San Thein Aung, a relative of the village administrator, said that (the Tatmadaw) should allow the detained people to meet with their families immediately.

“Related authorities should tell us where they are. Now, we have known they have been questioned. We don’t have any other information. They should allow us to meet with the detained people,” he said.

Myo Oo Gaung Sayardaw from Mrauk-U city on 25 September sent a letter to Arakan State chief minister, minister for Security and Border Affairs, and Regional Control Command in which the monk asked about the detained people on behalf of their families. Chief minister U Nyi Pu responded that they were healthy and detained in Sittwe and their families can meet them very soon, the monk said.

On 25 October, the monk met with minister for Security and Border Affairs Colonel Min Than to see the detained people but was told to wait for a week, the monk said.

“When I first met with the minister, I was told to wait for a week. Then, I phoned him last Monday, he responded that we could not see them at the moment,” Myo Oo Gaung Sayardaw said.