Editorial: Broadcasters, TikTok users and all media in between threatened after junta amendments to TV/radio law 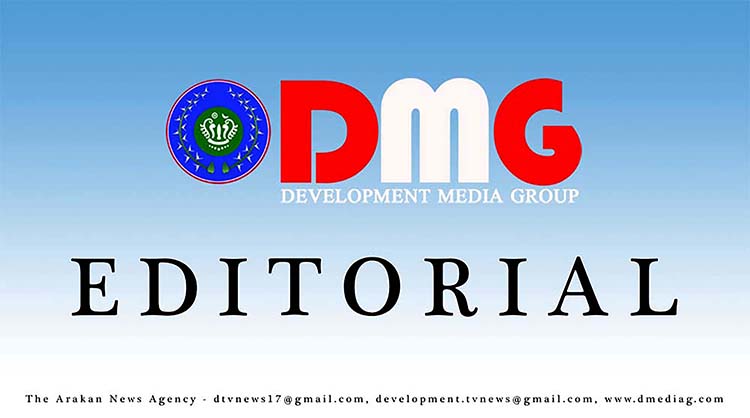 Myanmar’s military regime, the State Administration Council (SAC), on November 1 promulgated the Second Amendment Law to the Television and Radio Broadcasting Law. For a variety of offences, the amended law stipulates harsher penalties, including prison sentences that did not exist under the previous iteration of the legislation.

The changes were reported but also arguably went under-reported by both local and international media; local media perhaps due to the oppressive environment in which they operate these days, and international media maybe because the move was not sufficiently newsworthy for a global audience, simply marking a logical reconfiguration of the legal framework by a dictatorship still trying to find its footing.

Regardless, make no mistake: The changes to the law are intended to intimidate and imprison journalists, and are likely to have more far-reaching, repressive effects on internet users across Myanmar. As the local advocacy group Freedom of Expression Myanmar points out:

“In effect, the Broadcasting Law now applies to the internet too, including YouTube, Facebook, TikTok, media websites, and other platforms used to publish videos, podcasts, and similar digital versions of traditional television and radio.

Furthermore, the removal of the scope and the lack of any definition of ‘media’ effectively mean that the law may apply to anyone online regardless of whether they are media or not. Anyone wishing to publish a video etc. would theoretically need to get a broadcast licence from the military-controlled Ministry of Information first. Anyone publishing online would also be subject to the Amendment’s new criminal offences.”

Specifically, unlicensed “broadcasters” would face up to five years in prison under Section 96 of the amended law.

The original law was passed in 2015 under the quasi-civilian government of former President U Thein Sein, but it was never fully implemented either by his administration or the National League for Democracy-led successor.

The legislation “passed” on November 1 was not deliberated or voted on by any elected body, nor signed into law by an elected president. Instead, these repressive amendments were brought into being under Section 419 of the Constitution, the emergency provision that grants junta chief Min Aung Hlaing “the right to exercise the powers of legislature, executive and judiciary,” and which the military regime has used to make other draconian changes to Myanmar’s legal system since it seized power on February 1.

The military council is believed to have amended the law with the aim, in part, of restricting online information about the activities of the National Unity Government (NUG), which as a government-in-exile relies heavily on the internet for messaging and legitimacy.

Repressive governments in Myanmar and around the world have long relied on ambiguous legislative language to achieve their desired ends — those ends typically being a quashing of various forms of dissent. In Myanmar, street protests are easily rendered illegal under the Peaceful Assembly and Peaceful Procession Law. Unruly print publications, including this one, have been attacked using the pedantic chains of bureaucracy and licensing under the Printing and Publishing Law. And even before this month’s changes to the Broadcast Law, there was the Electronic Transactions Law and the broadly worded Section 505 of the Penal Code to crack down on online content.

We saw how creatively Myanmar’s legal system can stifle dissent just last week, when the American journalist Danny Fenster was sentenced to 11 years in prison for three separate offences, in one of the latest miscarriages of justice meted out by the country’s post-coup courts. The most heavy-handed portion of the sentence, accounting for five of the 11 years behind bars, was for violating the Immigration Act.

The Second Amendment Law to the Television and Radio Broadcasting Law adds one more tool to the junta’s toolbox of repression, impacting both radio and broadcast media, and the wider internet-using public in an age when citizen journalism is an important offshoot of the Fourth Estate. But as Freedom of Expression Myanmar notes, it would appear that you don’t even need to be a citizen journalist to potentially run afoul of the amended law. Now, internet users are all potentially illegal broadcasters, whether you’re using Facebook to “broadcast” family photos or share damning videos of human rights abuses.

DMG writes from the perspective of a news outlet that has faced government persecution pre- and post-coup. It is a perspective that is self-interested in that regard, but also holistically concerned about the increasingly dire state of the Myanmar media environment.

Several offences under the amended law that would previously be punished with, at most, a fine of K50 million (equivalent to $28,000, and certainly nothing to shrug at) now face up to five years in prison, as well as possibly a K50 million fine.

The threat to local news outlets involved in anything resembling multimedia is obvious. This added punitive dimension to the already besieged local media environment would be noteworthy on its own, but due to the nature of the new law’s ambiguity and its amenders’ clear intent, it is in fact a concern for much of the internet-using public in Myanmar.