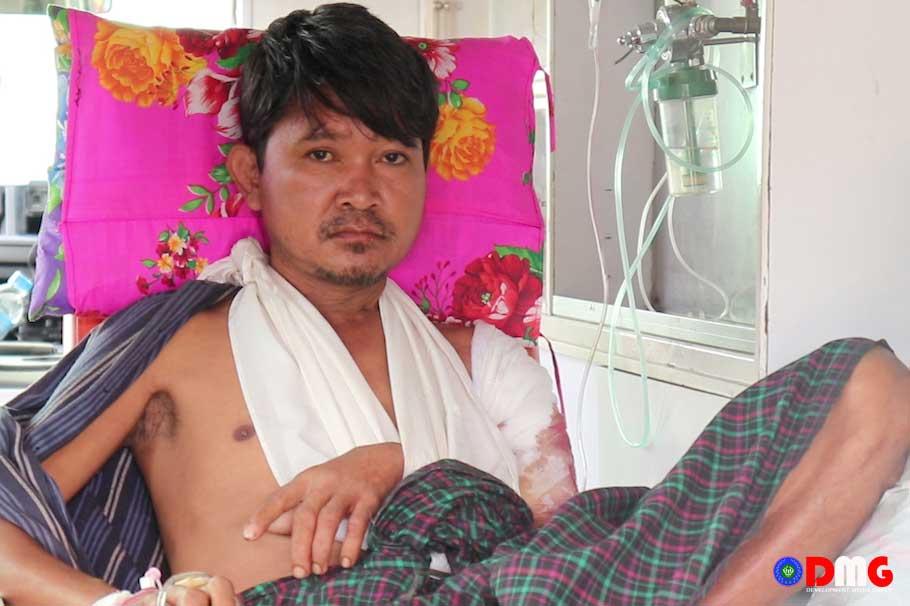 Four local residents including one woman were wounded in an apparent gunfight near Maha Kangyishin Pagoda in Kyauktaw town, Arakan State, at about 9:30 a.m. on December 28, according to family members of the victims.

The injured were identified as U Sein Kyaw Win, 53, from Myothit Ward, 43-year-old U Aung Win and 31-year-old Daw Ma Than Htay from Pyitawthar Ward, and U Aung Kyi, 50, from Shan Ywa Ward in Kyauktaw town.

“My husband was sitting in front of the house together with three others when we heard gunfire from Maha Kangyishin Pagoda,” said Daw Htay Htay Win, the wife of U Sein Kyaw Win. “My husband was hit by stray bullets. My house is located about two miles from the area where the shooting took place. I don’t know how he was struck by stray bullets.”

“I don’t want gunfighting in residential areas because it can harm innocent people. Local people were afraid of the fighting that erupted near the pagoda,” said U Kyaw Hla Myint, a resident from Kyauktaw town.

Of those wounded in the incident, U Aung Win and U Sein Kyaw Win were severely injured and have been transferred to the Arakan State capital Sittwe’s hospital, while the remaining two were sent to Kyauktaw’s hospital.