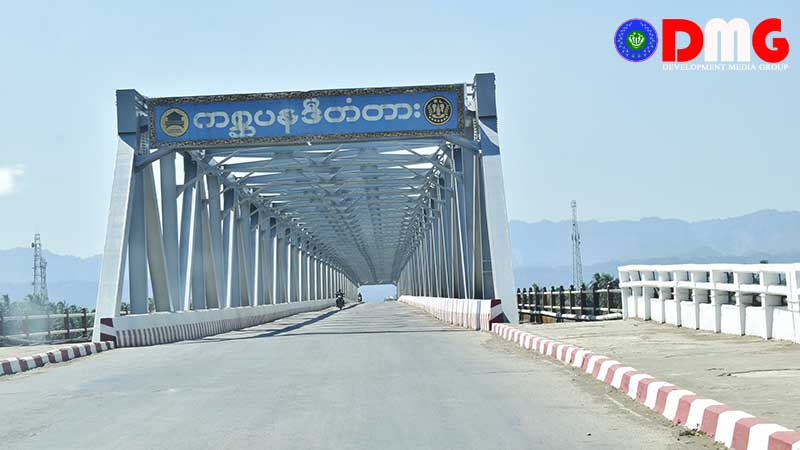 The families of 15 people detained by the Tatmadaw while transporting government-provided rice to Nyaung Chaung IDP camp in Kyauktaw Township are concerned for their safety, Pyithu Hluttaw member U Oo Tun Win said.

The detainees, who include a village clerk, had gone to the Kyauktaw Township administrative office on April 4 to withdraw 150 sacks of rice for internally displaced people (IDPs). On their way to the camp they were held up at the Sa Ka Kha No. 9 gate and questioned by Tatmadaw soldiers before being taken into custody.

“We haven’t had any contact with them since they were taken for questioning. We want them to be released as soon as possible because their families are worried so much about them,” Nyaung Chaung camp official U Khaing Myo Aung told DMG.

The lawmaker U Oo Tun Win, who represents Kyauktaw Township, said they had not yet received any information about the detainees. People living in the camp are also facing difficulties because the rice bags they were due to receive haven’t arrived at the camp.

“I don’t want to comment on questioning in a war-affected area,” the MP said. “But the rice bags are provided through a government channel. They have necessary recommendation letters from the General Administration Office. It is true that the rice is for people living in an IDP camp. Those rice supplies are given as a gesture of humanity. If those rice bags don’t arrive to the camp, the people there will face many problems.”

DMG attempted to contact Brigadier-General Zaw Min Tun from the Tatmadaw True News Information Team and Colonel Win Zaw Oo, spokesperson for the military’s Western Command, but their mobile phones were switched off.