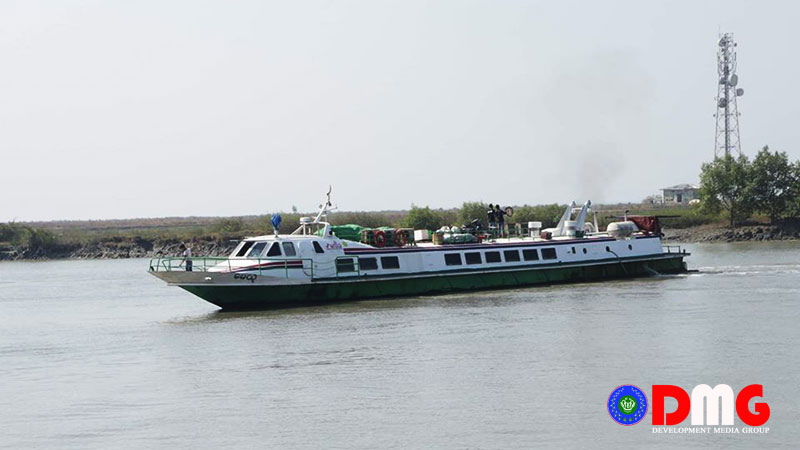 Some boat services in Arakan State have suspended operations as Cyclone Amphan bears down on neighbouring India and Bangladesh, bringing heavy rain and strong winds to parts of Myanmar.

Occasional squalls and rough seas are expected off and along the Arakan coast and farther southeast in the Irrawaddy Delta region, the Department of Meteorology and Hydrology said in a May 19 statement on the approaching cyclonic storm.

“The boat service running between Sittwe and Taungup is a long trip and passes the mouth of the sea. We suspended the service to prevent risking lives on the trips during the storm over the Bay of Bengal,” U San Phaw Thein, the manager of Shwe Pyi Tan boat service, told DMG.

Boat services running between Sittwe and Taungup, Manaung, Kyaukphyu, Ramree and Kyauk Ni Maw were the first to be temporarily halted, on May 18. Boats continued to run between Sittwe and Rathedaung, Buthidaung, Mrauk-U, Pauktaw and Minbya, but were also due to be suspended on May 20.

U San Phaw Thein said he expected to resume the Sittwe-Taungup service on May 21, weather permitting.

The Shwe Lin Yone boat service, running to Taungup and Manaung, was anticipating a few days before the vessels would be back in business.

“Our boats did not run since last night because of the news about the storm,” said U Phyu Lone, owner of the Shwe Lin Yone operation, on May 19. “The waves are rough also here. We will wait and see until May 23. We will resume the service according to the weather conditions.”

The Malikha boat service running the Sittwe-Ratheduang-Buthidaung circuit was still operating on May 19 but would suspend if inclement weather required it, said U Than Tun, manager of the boat service.

The “super cyclone” moving north from the Bay of Bengal is projected to make landfall over India and Bangladesh on Wednesday evening, with winds of up to 115 miles per hour. Millions have been evacuated along the coasts of the two countries ahead of the storm’s arrival.

In Myanmar, heavy rains and wind gusts of up to 40 miles per hour are expected in Arakan and Chin states, potentially triggering landslides and flash floods.