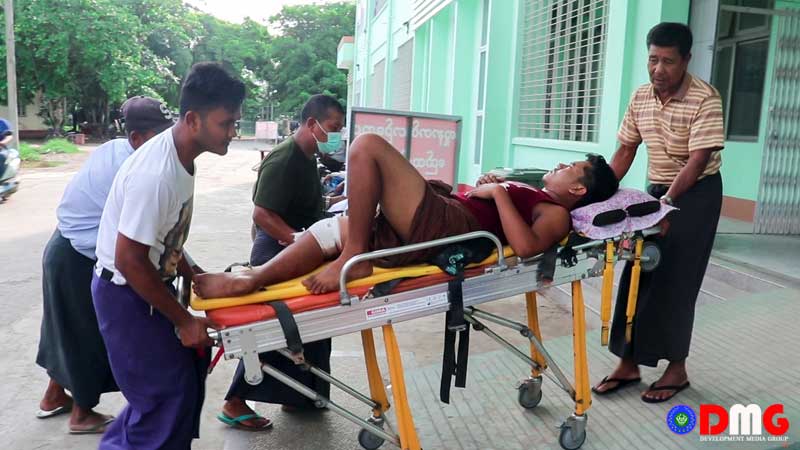 A man from Nga Pukwa village in Minbya Township, Arakan State, was severely injured by gunfire on May 27, villagers told DMG.

Ko Nay Phyo, 27, was shot at about 7 p.m. near Khaung Laung old village while he was returning from Minbya town by motorcycle, said U Thukha, a fellow resident of Nga Pukwa village.

“Bullets hit his hip and knee,” U Thukha said.

Locals blamed the Tatmadaw for the gunfire because the area where Ko Nay Phyo was shot, near a new bus terminal, was also close to a military encampment on the night of the incident.

U Hla Thein Aung, an Arakan State Hluttaw MP for Minbya Township, confirmed that a villager was shot near Khaung Laung old village.

DMG phone Colonel Win Zaw Oo from the military’s Western Command to seek comment on the residents’ accusations, but he could not be reached.