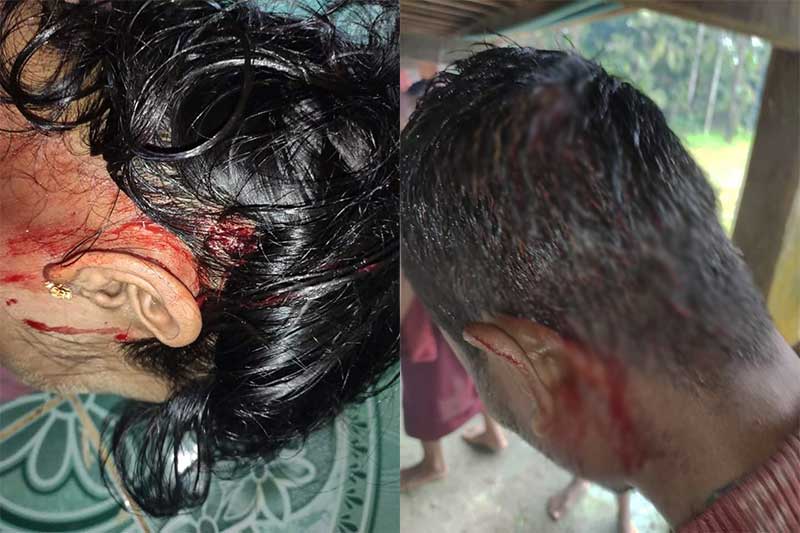 Two people from Kyauk Phyar village in Myebon Township, Arakan State, were reportedly injured by gunfire from a Myanmar Army contingent near Kazukaing Bridge in Ann Township, according to residents.

The shooting occurred at about 11 a.m. on July 12 when military personnel stationed at a security checkpoint near Kazukaing Bridge reportedly opened fire on a boat ferrying two passengers — a mother and son — to Mrauk-U town from Kyauk Phyar village, said U Maung Phyu, a resident of Kyauk Phyar village.

“Security personnel from the checkpoint opened small arms fire while the Thay Chaung Tactical Command fired heavy weapons. One man sustained a gunshot wound to his forearm while another woman was hit in the head by shrapnel,” he added.

“The victims were shot by the Myanmar Army while travelling to Kazukaing village. There had been no hostilities between the military and Arakan Army on the day,” U Pe Than, Lower House MP for Myebon Township, quoted the residents as saying.

The two victims were transferred to Kanhtaukgyi rural hospital for medical treatment on the afternoon of July 12 and they were allowed to return to Kyauk Phyar village afterward as their conditions were not considered life-threatening, residents said.

DMG contacted Brig-Gen Zaw Min Tun from the Tatmadaw True News Information Team seeking comment on the incident, but he could not be reached.

A 27-year-old man from Kamhtaukgyi town named Ko Hsan Win Tun sustained a gunshot wound after his boat ferrying passengers was fired upon by security personnel near Kazukaing Bridge on April 6.