Two Maungdaw men wounded when vehicle is fired upon 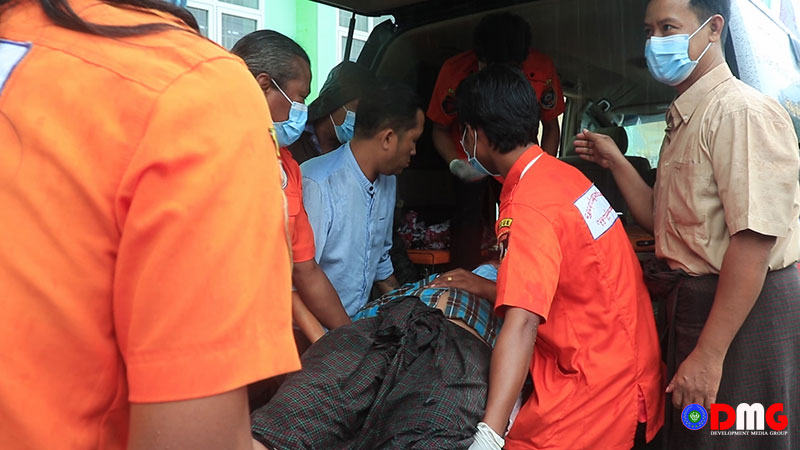 A driver and his coworker were injured when their passenger car was fired upon in Maungdaw Township, Arakan State, on August 6, according to the victims.

Ko Aung Myo Than, 30, and Ko Maung Than Win, 36, from Khayay Myaing (NATALA) village in Duchiyartan village-tract, were wounded at about 7 p.m.

The two men were shot in Myaw Chaung ward in Myinlut town after transporting some passengers to Inn Din village in Maungdaw Township, Ko Aung Myo Than told DMG.

“We were attacked with a gun while returning from Inn Din village. I don’t know who shot at us. I drove my car fast and we were hurt in the gun attack,” he said.

Ko Aung Myo Than reportedly sustained a gunshot wound to his right thigh and Ko Maung Than Win was injured by broken glass from the car’s windshield.

“The two men from a car rental service were hurt in the gun attack,” said Maungdaw Township administrator U Aung Ye. “The driver received a gunshot wound to his thigh and his coworker’s calf was wounded by broken glass. That’s all I know.”

Ko Aung Myo Than is currently receiving medical care at Sittwe Hospital and Ko Maung Than Win is being treated at Maungdaw Hospital.

Following the shooting incident, concerns have been raised among local people in Maungdaw Township who operate car rental services.