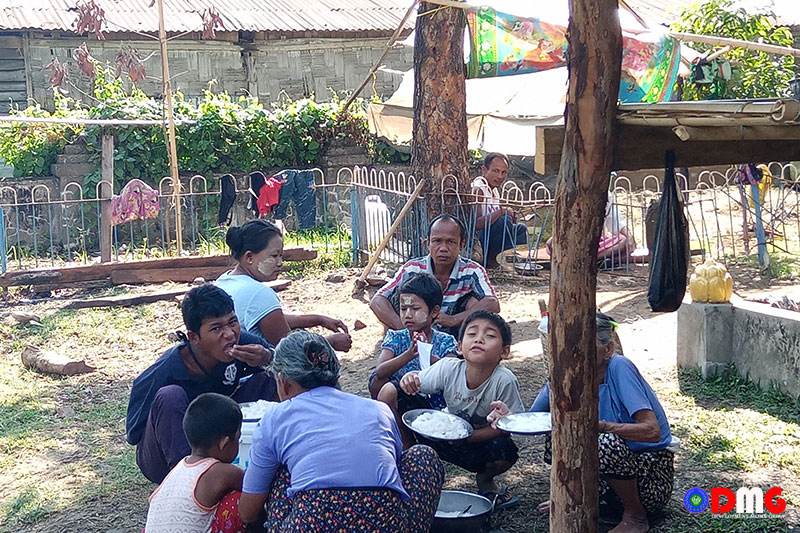 The Rakhine Ethnics Congress plans to distribute radio handsets to camps for internally displaced people (IDPs) in Arakan State townships struggling to get information about COVID-19 due to government restrictions on internet access, according to Ko Zaw Zaw Tun, secretary of the REC.

With an ongoing outbreak of COVID-19 in Arakan State, access to information is crucial, he said.

The government recently allowed access to a 2G network in seven Arakan State townships and Paletwa Township, Chin State, which had been denied mobile internet access since June 21, 2019. But with complaints about the 2G network being largely useless, the REC’s plan aims to distribute the portable radios to IDPs in the affected townships, said Ko Zaw Zaw Tun.

“I feel the government has blocked the flow of information to the people in Arakan State. We tried every possible way to solve this problem, but our attempts have failed. We plan to distribute radios to the IDP camps,” he said.

“The REC has bought 100 radios and will distribute around 10 radios each per IDP camp. Based on donations, we have a plan to distribute them,” he added.

Authorities have maintained throughout the months-long internet restrictions that they were necessary to stymie coordination of anti-government forces in the region, which has been plagued by conflict between the military and the Arakan Army since December 2018.

“Due to the poor internet, we cannot get information about COVID-19,” said Hnin Khar, a monk and in-charge of Sanyin IDP camp in Myebon Township. “In-charges from the IDP camps have to ask for the information over the phone. We cannot read the news even though the government has restored 2G internet.”

From August 16-27, a total of 191 COVID-19 cases were reported in Arakan State — 121 in Sittwe Township; 13 each in Pauktaw and Maungdaw townships; 14 in Mrauk-U Township; six each in Myebon and Kyauktaw townships; five in Minbya Township; four in Kyaukphyu Township; six in Buthidaung Township; two in Thandwe Township; and one in Ponnagyun Township.