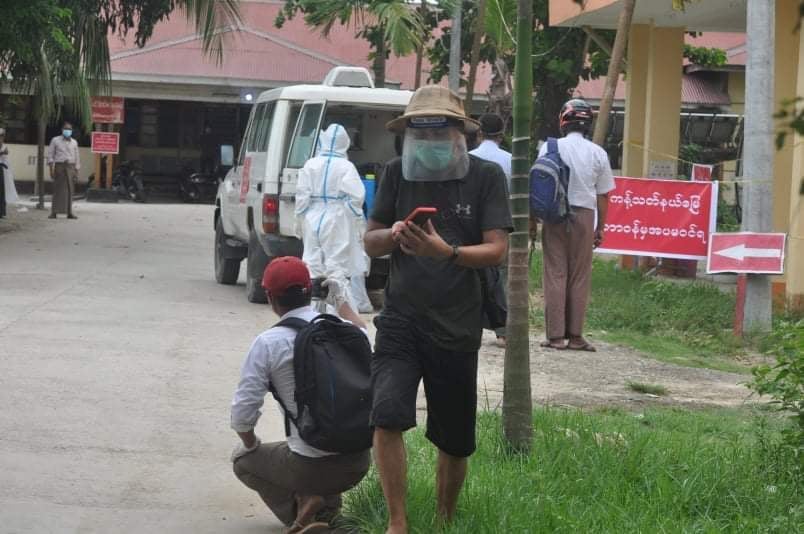 The Myanmar Press Council (MPC) issued a press release on September 29 saying it had asked the government for a third time to include members of the news media among those exempted from coronavirus stay-at-come orders issued by the Ministry of Health and Sports.

As such, the MPC submitted letters to State Counsellor Daw Aung San Suu Kyi and the Union ministers for Information, and Health and Sports, on September 21 and 24, requesting that the media industry be added to the order’s exemptions.

No reply was returned, however, so another round of letters were sent on September 28 to the aforementioned officials, as well as the chief ministers of several states and regions, and President U Win Myint.

The MPC said it is necessary to facilitate the flow of accurate information to the public by allowing the media to function as it would in normal times, with the council citing the importance of a free press during the pandemic and election campaign period. If not, more rumours, fake news and misinformation will abound, the MPC argued.

“When false news that something happened somewhere comes out, if it cannot be looked into, the duration of fake news will be longer,” U Myint Kyaw, secretary of the Myanmar Press Council, told DMG. “So, if media people have rights to cover information, they can check and verify the news and present true news to the public in a short period. If not, fake and false information will linger.”

Those advocating for a news media exemption from Order 107/2020 say the nature of newsgathering is such that sometimes travel is unavoidable in pursuit of the truth. (Restrictions on movement between townships and wards are at the core of the stay-at-home mandate.)

The MPC is joined in its calls for a news media exemption by the Myanmar Journalist Network (MJN), which issued a similar appeal on September 27.

On September 28, the free expression advocacy group PEN Myanmar joined the chorus, urging the government to exempt media from movement restrictions as part of COVID-19 prevention and control measures, saying the press should be recognised as a critical actor in informing the public and, by extension, virus mitigation efforts.