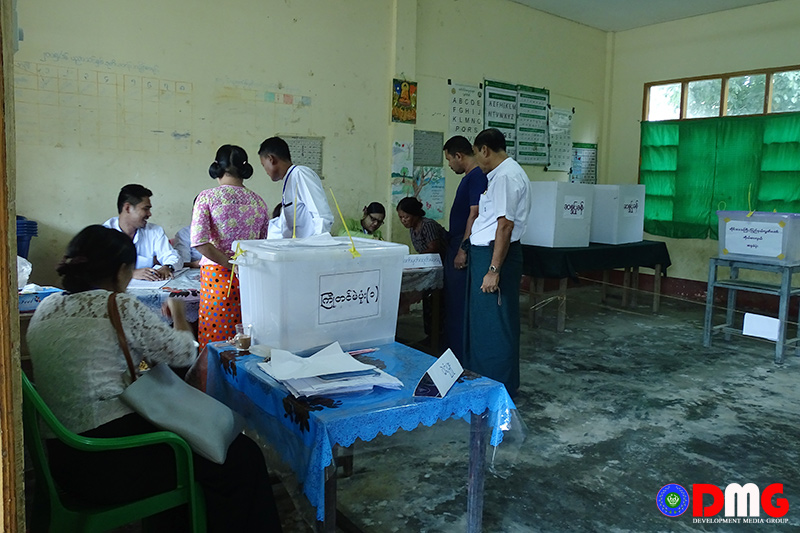 The seven village-tracts in Arakan State’s Ann and Kyaukphyu townships that the Union Election Commission (UEC) recently green-lighted to hold elections are notable for their stationed military presences, according to candidates in the townships.

In an announcement on October 27, the UEC reversed course on the seven village-tracts, which it had previously included on a list of constituencies where elections would not be held next month.

“Places where the military has bases have been added to the election list,” said U Soe Thein, an Arakan League for Democracy candidate for the Pyithu Hluttaw seat in Ann Township. “As there has not been any additional polling stations at civilian places, there are difficulties. The military constituencies constitute about half of the ones for civilian voters.”

Prior to restoring voting in the four village-tracts this week, the UEC had listed a total of three wards and 29 village-tracts as being no-vote zones in Ann Township. Some local residents have insisted that almost all of the enumerated nonvoting village-tracts are able to safely hold elections, with the exception of Dar Let Chaung and Kazukaing village-tracts, where there has been recent fighting.

Last week a landmine blast killed at least one member of the security forces and injured four others in Awataung village-tract.

Nine Arakan State townships in their entireties, and 15 urban wards and 137 village-tracts in four other townships in the state — Ann, Kyaukphyu, Taungup and Sittwe — were on the initial list of cancelled constituencies announced by the UEC on October 16.

The general election will be held on November 8.