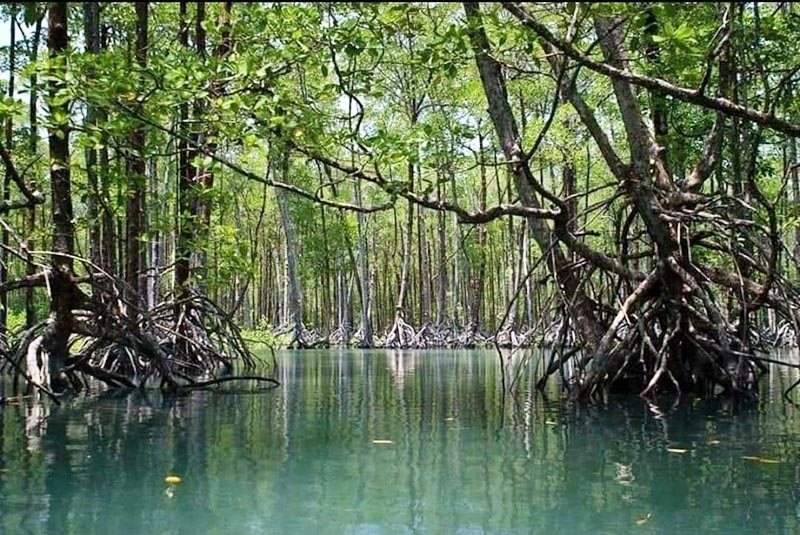 Wun Paik mangrove forest, the biggest of its kind in Myanmar, has seen increased logging since the military coup in February, according to Ramree Township residents.

Illegal logging was not uncommon in the Wun Paik reserve prior to the military takeover, but only took place in remote corners of the forest, with loggers using the sea and inland waterways to take away timber harvested illegally. But after the coup, even trees near the Yangon-Kyaukphyu road were cut down and taken away in motor vehicles, said Ramree resident U Kyaw Kyaw Naing.

“Those trees were gone with the political instability. I have seen trees being cut down in broad daylight,” said U Kyaw Kyaw Naing.

Local mangrove forests provide a lifeline for fish and prawn stocks in Taungup, Ann, Kyaukphyu and Ramree townships, he said.

Because these forests are habitat for fish, prawn and other aquatic species, deforestation will lead to depletion of their stocks, said chairman Dr. Maung Maung Kyi of the Rakhine Coastal Region Conservation Association.

“This forest is a valuable resource for Arakan State, but it has been prone to logging both at present and in the past. If we act now, we will be able to save it. Otherwise, we will lose the forest in the next 10 years,” said Dr. Maung Maung Kyi.

While people must be educated about the perils of deforestation within the Wun Paik mangrove forest reserve, there is also a need to conduct monitoring and provide local people who make a living selling firewood, or making charcoal out of Wun Paik’s forest resources, with livelihood alternatives, said Dr. Maung Maung Kyi.

“Politicians and authorities have done nothing [to conserve the forest],” he said.

“We Forest Department staff also conduct patrols as necessary. Besides patrols, we also regrow mangrove trees. Currently, because of political instability, people from other parts of Arakan State are also cutting trees in the forest for firewood,” he said.