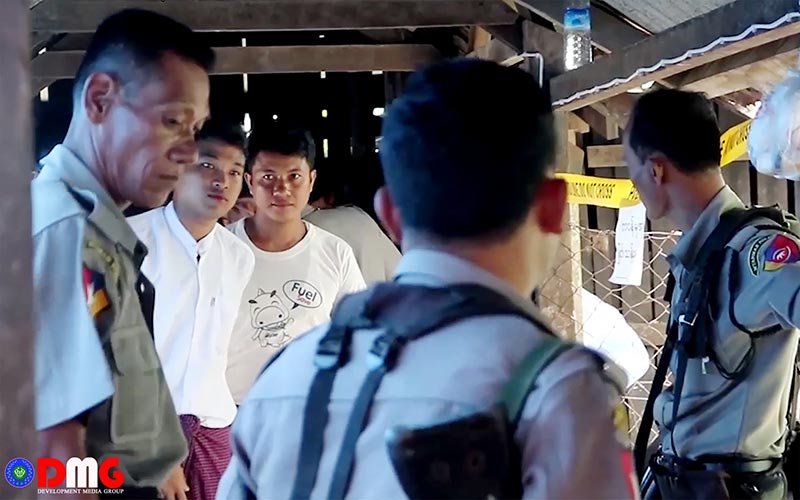 Twenty-one cases brought under Myanmar’s Counter-Terrorism Law and involving allegedly illegal ties to the formerly terrorist-designated Arakan Army have been dropped since the ethnic armed group was de-listed, according to the Arakan State military council.

Seventeen minors’ cases were included among these cases, and all told 30 minors were released.

Out of the 17 cases, 14 were summarily dismissed, and three cases were closed as the accused failed to appear for court hearings.

Four adult cases charged under the Counter-Terrorism Law were also dismissed, and more will be dropped, said U Hla Thein, information officer for the Arakan State military council.

“Some of the other cases will be dismissed also. We’re waiting for the approval from the Anti-Terrorism Central Committee,” he said.

Asking about the number of cases left to dismiss, U Hla Thein told DMG that he could not say.

The Anti-Terrorism Central Committee announced that the Arakan Army (AA) and United League of Arakan (ULA) were designated as terrorist groups and unlawful associations on March 23, 2020, with the approval of the previous union government.

Less than a year later, the Anti-Terrorism Central Committee announced on March 11, 2021, that it had removed the AA from the terrorist group list.

Cases brought under the Anti-Terrorism Law have been gradually dismissed since then.

On June 9, the Anti-Terrorism Central Committee dismissed the cases of 10 people who were charged under the Counter-Terrorism Law, including the AA chief’s younger brother Ko Aung Mrat Kyaw, as well as his younger sister and brother-in-law.

More than 200 people were arrested and charged under the Anti-Terrorism Law after being accused of associating with the AA during some two years of fighting in Arakan State, according to data from the Thazin Legal Institute.

It has been about eight months since a cessation of hostilities between the Tatmadaw and AA in Arakan State.